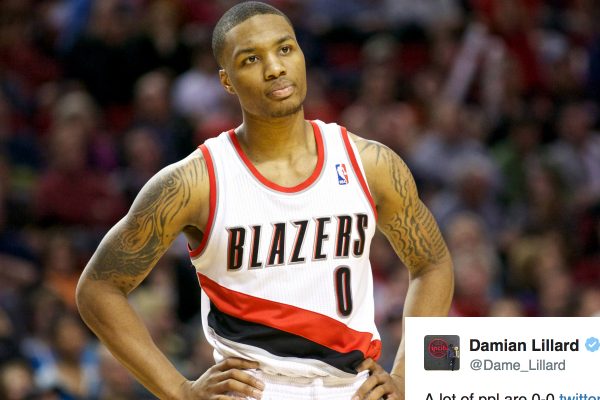 After the Golden State Warriors defeated the Cleveland Cavaliers in the 2017 NBA Finals, critics of LeBron James immediately focused on the fact that the defeat marked the fifth time in eight tries that James had been on the losing end of a Finals. One Twitter user who attempted to make that point with Portland Trail Blazers starting point guard Damian Lillard got immediately shut down with a simple fact.

James has been on three NBA championship teams during the course of his 14 years in the league and was named Finals Most Valuable Player after all three of those victories. Despite having lost two within the past three years, James was a strong contender for MVP accolades each time, having become the first player in NBA history to average a triple-double in the Finals this season. For good measure, he’s played in the last seven NBA Finals, a streak that only members of the 1960s-era Boston Celtics teams can match.

One player who was on the losing end during six Finals meetings with the Celtics was Los Angeles Lakers legend Jerry West, whose career mark as a player in that category is 1-8. During last year’s NBA Finals, he pulled no punches when taking issue with James’ critics in this area:

“That’s the most ridiculous thing. If I were him, I’d probably want to strangle [detractors],” West said. “He’s carried teams on his shoulders. He’s been to the Finals six straight times. How many times has he been the favorite? None. Zero. Grossly unfair to him.

“I don’t want to sound like Donald Trump, but it’s hard for me to believe someone doesn’t recognize his greatness. This guy does everything, and he’s competitive as hell. Frankly, I wish people would leave him alone.”

After being off for a few months, James will be back in September for the Cavaliers’ training camp, seeking to extend that Finals streak to eight seasons and focused on collecting his fourth NBA title.