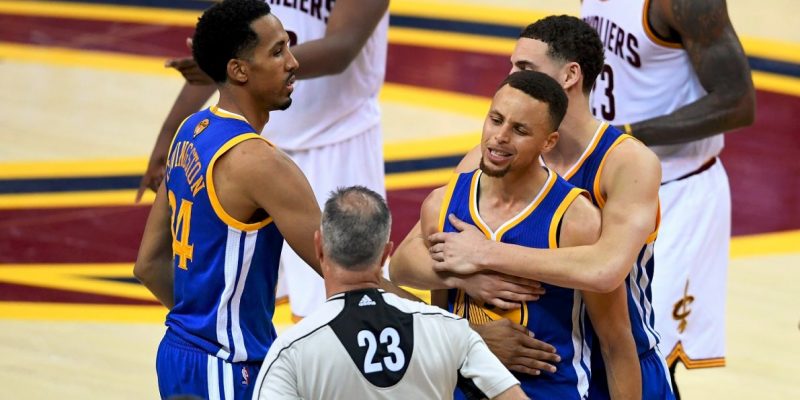 Following their tough loss to the Golden State Warriors in Game 3 of the NBA Finals, the motivation level of the Cleveland Cavaliers was open to question, given the 3-0 deficit the team is facing. However, the apparently crude actions of Warriors point guard Stephen Curry just after teammate Kevin Durant‘s crucial 3-pointer in the final minute of Game 3 appear to have provided an extra motivating force, with many of the Cavs reportedly irritated by the move.

Curry squatted down just after Durant’s basket, imitating someone defecating on the court. He tried to explain his action when asked about the controversy:

“It was all spontaneous. I wish I could have a little bit more control over here. The reactions in certain situations … I really don’t know what I did last night. I saw it, but I don’t know what I was doing. I even dropped my mouthpiece because I was so uncoordinated in that sense. It is what it is.”

This isn’t the first time that Curry has gotten under the skin of the Cavaliers. Prior to the January 2016 regular-season matchup between the two teams at Quicken Loans Arena, Curry asked if the visitor’s locker room still smelled like champagne. That was a reference to the Warriors winning the previous year’s title in Cleveland.

While the Warriors are seeking to close out what would be a record-setting perfect postseason, the Cavaliers are simply trying to get the series back to Oakland for Game 5 on Monday night. Tipoff for Friday night’s contest will be just after 9 p.m. E/T.