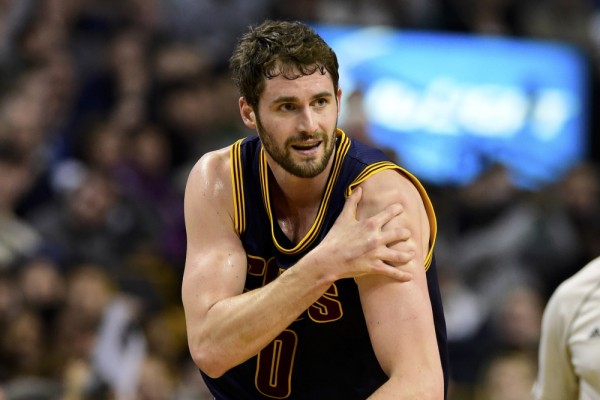 The bad news just got worse as Brian Windhorst of ESPN has reported that power forward Kevin Love will be out for a minimum of two weeks with a dislocated shoulder.

Nothing will be known for sure until MRI but word within Cavs team tonight is Kevin Love likely out a minimum of 2 weeks.

As reported by Windhorst, nothing is official until Love has an MRI on Monday. Sam Amico of Fox Sports Ohio is also saying that doctors will wait until the Cleveland Cavaliers return to Cleveland to further evaluate the injury.

Per Cavs: "Kevin Love will travel back to Cleveland today and receive additional examination, imaging and evaluation at Cleveland Clinic."

Love suffered the injury after going for a loose ball with Boston Celtics forward Kelly Olynyk. Olynyk seemed to tug at Love’s arm while going for a rebound, which thereby popped it straight out of its socket.

Love had this to say about the incident after the game:

The Cavaliers could be in big trouble if Love is indeed out for a minimum of two weeks. Their next opponent will likely be the Chicago Bulls, who are scrappy and like to play big. Without Love, the Cavs will lose their best rebounder and a player that can draw the Chicago bigs out of the paint.