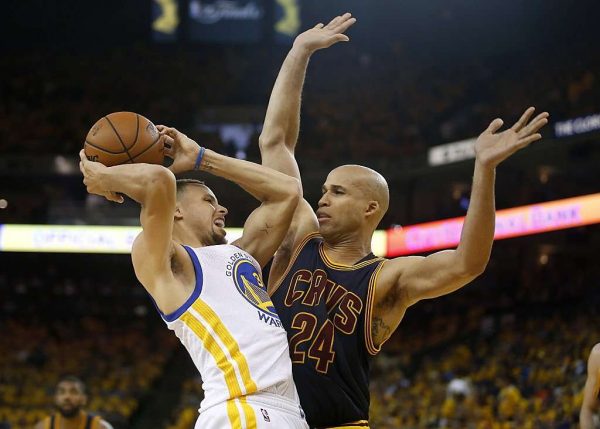 The back-and-forth commentary about the upcoming NBA Finals series between the Cleveland Cavaliers and Golden State Warriors has led to trying to figure out whether such trash talking is of benefit to either team. In the mind of Cleveland veteran forward Richard Jefferson, such talk will only hurt the Warriors if it continues.

Richard Jefferson says GSW should be careful w/ trash talking: "Our team was more poised last year. That's why we won the championship."

Upon arrival in the Bay Area on Tuesday, Jefferson took to his Snapchat account to note that a Warriors fan almost immediately began talking trash.

The poise that Jefferson speaks of was primarily the team’s ability to become the first NBA team ever to come back from a 3-1 deficit in the Finals. That was aided, in part, by the lack of poise displayed by Warriors forward Draymond Green, whose Game 4 punch at the groin of LeBron James resulted in a one-game suspension. The Cavaliers took advantage of that absence to win Game 5 at Oracle Arena, before then notching two more victories to complete the stunning comeback.

Both teams will finally be able to settle their issues on the court when Game 1 tips off on Thursday night, just after 9 p.m. ET.