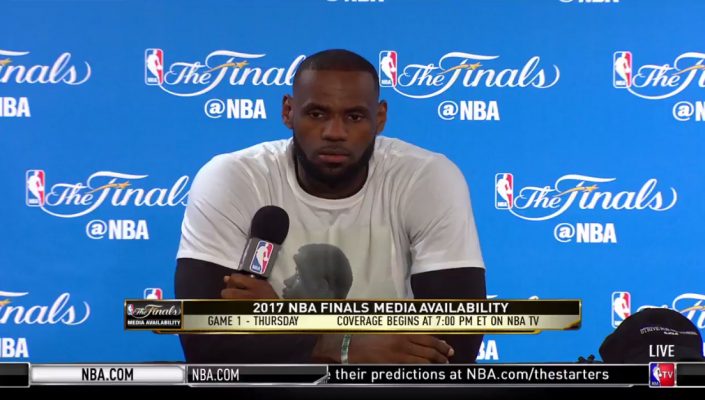 The Los Angeles Police Department was dispatched to James’ Los Angeles residence as they were alerted to the vandalism.

LeBron: "Hate in America, especially for African-Americans, is living every day. Even though it's concealed…it's alive every single day."

LeBron: "No matter how much money you have, no matter how famous you are … being black in America is tough."

The entire interview was relayed courtesy of NBA TV: