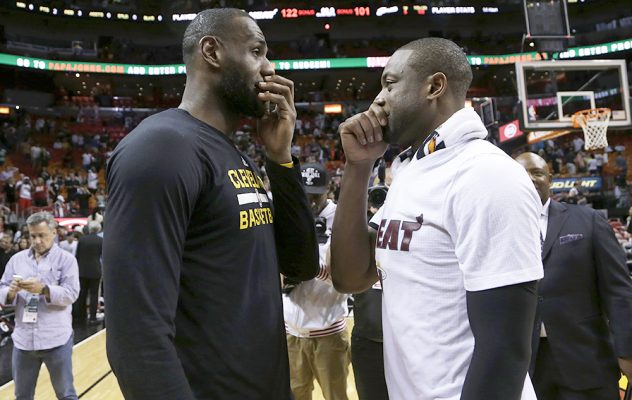 The Cleveland Cavaliers need to win Game 4 of the NBA Finals on Friday night to keep their desperate dream of a second consecutive title alive. Despite those slim hopes, Chicago Bulls veteran guard Dwyane Wade has not-so-subtly offered the Cavaliers’ LeBron James a bit of strategic advice via social media, emphasizing the need to attack the Golden State Warriors on Friday.

Good Morning!!!! If your mindset is to ATTACK everyday like this ? you have no choice but to be successful!!!

Wade and James are close friends and were part of two championship teams with the Miami Heat in 2012 and 2013, part of a four-year stretch in which the Heat went to the Finals every year.

The Cavaliers have been unable to find a way to defeat the Warriors in the Finals, with Wednesday night’s Game 3 delivering a devastating punch after the Cavs had watched the Warriors score 11 unanswered points in the final three minutes.

Should the Cavaliers win Game 4, they’ll send the series back to Oakland on Monday night for Game 5.