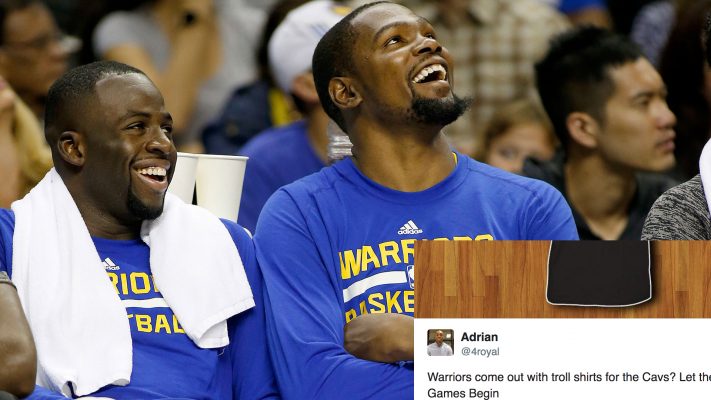 We’re now just days away from the start of the 2017 NBA Finals and fans have received the matchup they’ve all been waiting for: the Cleveland Cavaliers versus the Golden State Warriors.

With the highly anticipated matchup already in place, the drama is building up similarly to last year, when King Apparel released a T-shirt with the phrase “23>73” on it, implying that LeBron James and the Cavs were greater than the 73-win Warriors.

That actually proved to be true, as the Cavs came back from being down 3-1 in the NBA Finals and made history as the first team ever to win a championship after facing such a daunting deficit.

Now, the Warriors have seemingly fired a shot back one year later with the release of the shirts below:

Warriors come out with troll shirts for the Cavs? Let the Petty Games Begin pic.twitter.com/DFVd1ud0VW

The rubber match begins on Thursday night, as neither team will have any excuses as both the Cavs and Warriors head into the NBA Finals at full strength.