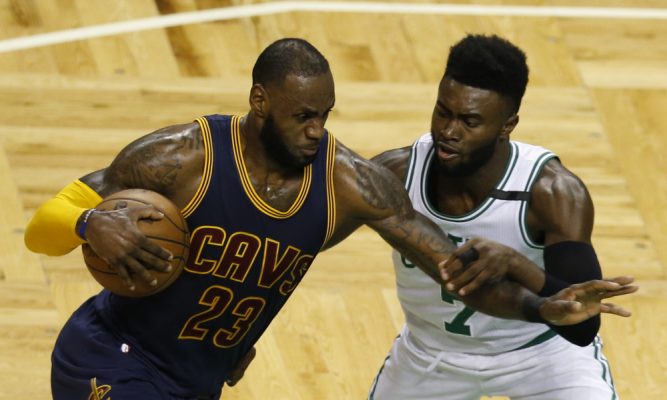 Despite the challenge of facing the defending NBA champion Cleveland Cavaliers, who happen to be led by the world’s best player in LeBron James, Jaylen Brown of the Boston Celtics is outwardly showing no fear of the future Hall of Famer.

Regardless of the potential threats in Brown’s neighborhood, James continues to strike fear in opponents. That’s been especially been true this postseason, with James putting up outstanding numbers in the first nine postseason clashes for the Cavaliers, averaging 34.8 points, 9.0 rebounds, 7.1 assists, 2.1 steals, and 1.3 blocks per game.

The present fear in Boston is that losing on Friday night could effectively end the series. That’s because that would put the Celtics in a 2-0 hole, with Games 3 and 4 set for Quicken Loans Arena in Cleveland.