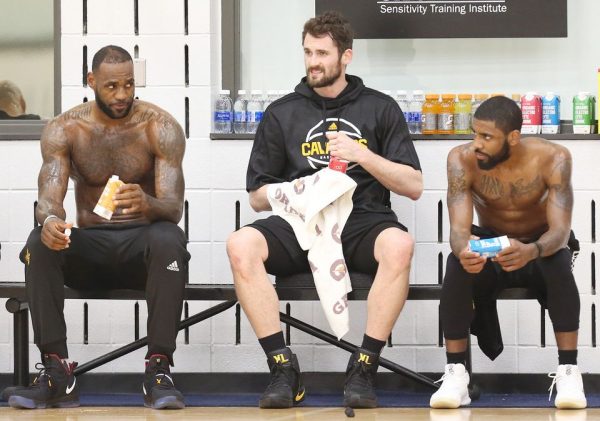 Despite the Cleveland Cavaliers winning all eight of their playoff games thus far, the offensive production of power forward Kevin Love has dropped. In an effort to jumpstart that portion of his game, Cavaliers head coach Tyronn Lue is looking to make some adjustments as the team prepares for the Eastern Conference finals:

“Some of it’s my fault because we haven’t really featured him a lot because of the matchups we had on other teams,” Lue said on Thursday. “(Love has) been great. His whole mindset is winning and that’s what it’s all about in the playoffs. In this next series, we have some matchups he can definitely take advantage of and it’s on me to make sure we do that.”

In those eight victories, Love averaged 13.8 points and put up an average of 9.1 shots per contest. Last year, the Cavs also swept their first two series, but Love averaged 18.9 points per game and 16.5 shots in those clashes.

Despite that dip, Lue is more than satisfied with the rest of Love’s game:

“Just because (he’s) not scoring the basketball or whatever, defensively and rebounding the basketball he’s been great,” Lue said. “That’s why they went out and got (Serge) Ibaka and those guys, to try and slow Kevin down. Maybe we didn’t feature Kevin enough against Toronto, maybe we showed ’em too much respect and that’s on me. But next round I’ve got to do a better job of really getting Kevin involved and really establishing Kevin.”

Given the time of year, when victories become more important than individual statistics, Love isn’t upset about his role:

“Our game plan has been great. I’ve just been trying to be my best in that role. Sometimes it’s going to be like that,” Love said. “I told him, ‘We’re 8-0. I don’t mind it.’ If I get five or six shots, if I get 15 shots, it don’t matter to me, as long as we win. I’ve been in this position before, we’re having success so I’m happy. Feel good.”

Those comments brought praise from Lue:

“That’s just the maturity of Kevin over these last couple years,” Lue said. “Winning’s first. And that’s the most important. He understand when we get to the playoffs it’s all about winning.”

Love and the Cavaliers will be facing either the Boston Celtics or Washington Wizards once the Eastern Conference finals gets underway. Entering Friday night’s Game 6 matchup, the Celtics hold a 3-2 advantage.