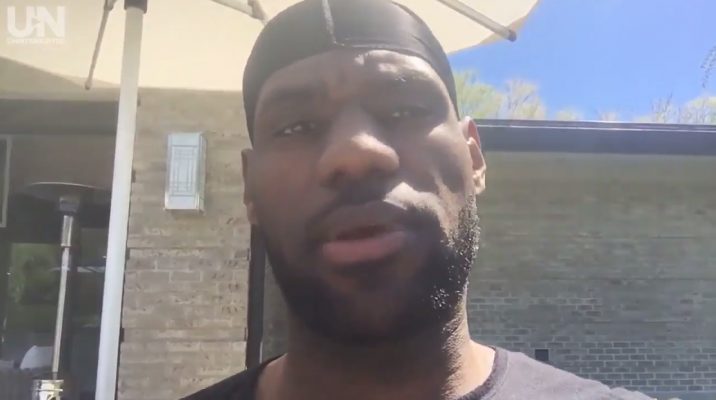 The health concerns of Golden State Warriors head coach Steve Kerr are serious enough that he was forced to miss his team’s Saturday night comeback win in Portland and he’ll also sit out Monday night’s Game 4 clash. Despite the rivalry that’s developed between the Warriors and Cleveland Cavaliers over the past few years, LeBron James sent Kerr his best wishes on Monday morning.

The method of communication used by James was his Uninterrupted platform. The first half of his nearly two-minute message was focused on congratulating Paul George and the Indiana Pacers after the Cavs completed their sweep of them on Sunday.

That was followed by praise for James’ teammates for their efforts, which then led into his best thoughts for Kerr. The cause of Kerr’s health issues are apparently related to complications that he’s suffering from surgery performed in 2015. That issue had kept him off the Warriors bench for more than half of the 2015-16 campaign.

Due to Cleveland’s sweep, the team has the luxury of resting up before facing its next opponent. That will either be the Toronto Raptors or Milwaukee Bucks, with both of those teams taking the court on Monday night for a pivotal Game 5 at Air Canada Centre in Toronto. That series is currently deadlocked at two games apiece.