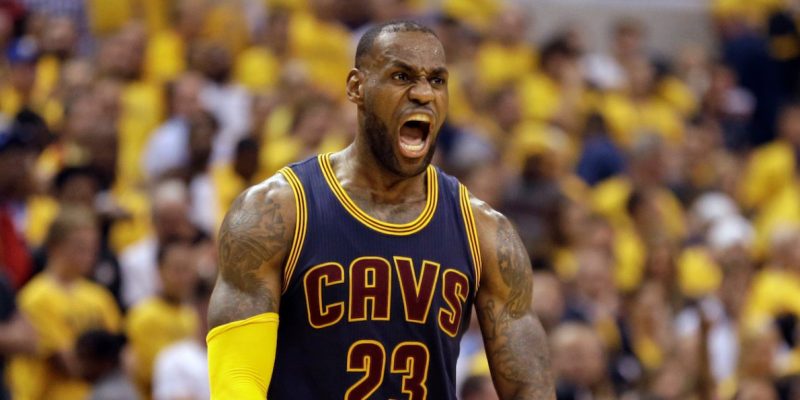 The postseason career of Cleveland Cavaliers forward LeBron James has been one that’s seen him be a part of three championship teams, while compiling a collection of eye-opening records. That consistency continued in the Cavs’ sweep of the Indiana Pacers on Sunday, with three marks falling by the wayside and four other milestones being achieved in the process.

LeBron James' teams have won 21 straight first-round games, the longest streak by any player since 1984 according to @EliasSports pic.twitter.com/kcXuOptV1T

Getting off to a good start in the playoffs has become a tradition with James, who surpassed a trio of legendary Los Angeles Lakers on Sunday to collect his 21st straight first-round playoff victory. He now sits atop the list of players whose teams have won the most first-round playoff games in a row.

Prior to completing the sweep of Indiana, James was deadlocked in a four-way tie with the Laker triumvirate of Magic Johnson, James Worthy and Michael Cooper. Each had 20 straight wins, with James having begun the eye-opening streak in Game 5 of the 2012 playoffs against the New York Knicks.

Next: Most Best-of-7 Sweeps