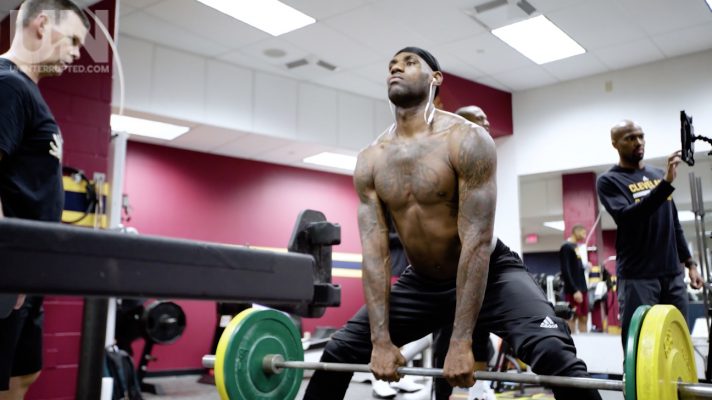 There’s no time in basketball quite like the NBA playoffs.

While some guys give it their everything during the regular season, other players elevate their games to entirely new levels come playoff time. A prime example of that is in Cleveland Cavaliers superstar LeBron James.

In a video released by UNINTERRUPTED, the three-time champion takes us inside his workout and talks about how hyped up he gets for the postseason:

James, 32, is a different beast in the playoffs. Evidence of that was crystal clear after Thursday’s Game 3 win over the Indiana Pacers when the King led the Cavs back from a 25-point halftime deficit with 41 points, 13 rebounds and 12 assists.

The King and the Cavs will look to sweep the Pacers on Sunday afternoon just after 1:00 p.m. ET.