Kyrie Irving Reveals Why His Defense Will Be Better in Playoffs 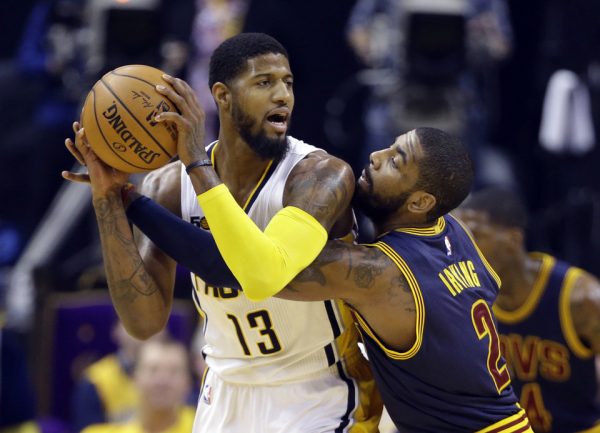 The defensive skills of the Cleveland Cavaliers and starting point guard Kyrie Irving have been subject to severe criticism this season, with the team ranking near the bottom in that category since the All-Star break. However, Irving is confident that the defense for both during the postseason will lead to renewed success due to the Cavs being able to hone in on one team during the playoffs.

Cavs practice is over @KyrieIrving says he knows defense will be better because Cavs get to game plan for one team..

Over the previous two seasons, the Cavaliers’ success during the first three rounds of the NBA playoffs has allowed them to compile an outstanding 24-4 record. In each of those series, they had the luxury of narrowing their focus, while also not being burdened with the troublesome problem of playing on consecutive nights.

That’s led to two consecutive finals appearances, winning the title last year by capturing Game 7 on the road over the Golden State Warriors. In that game, the Cavs held the Warriors to just 89 points, shutting them completely down in the crucial final minutes.

The Cavs begins defense of their title on Saturday afternoon, when they host the Indiana Pacers at Quicken Loans Arena. That game will tip off just after 3 p.m. ET and be broadcast nationally on ABC.