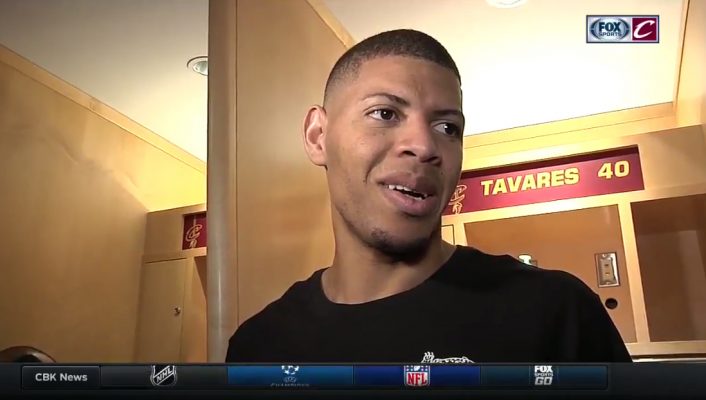 Newly acquired center Edy Tavares was outstanding in his first game in a Cleveland Cavaliers uniform as he went off for six points, 10 rebounds, and a eye-popping six blocked shots in just 24 minutes of action against the Toronto Raptors.

A reporter asked if Tavares was “shocked” to be able to play with players like James and Irving, and here is what the 7-foot-3 big man responded with:

“Yeah, it’s a shock for me because they are my favorite players,” Tavares said. “I see [LeBron], it’s like a movie to me. He’s not real”

"It's like a movie for me. It's not real."@waltertavares22 was shocked to learn he'd be playing with LeBron and Kyrie on the @cavs. pic.twitter.com/GkJah6PueS