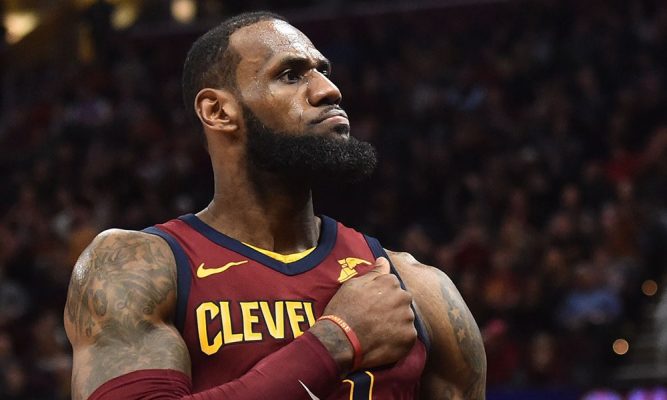 Much of the talk concerning the likely free agency of Cleveland Cavaliers forward LeBron James has been centered on which team he’s likely to play for next season. Little of that speculation has focused on James simply re-signing with the Cavaliers, yet that’s something he’s apparently hoping for when the time comes.

“I know for a fact that LeBron, if all else is equal, wants to stay in Cleveland,” Windhorst said. “He wants to be here, he wants to play at home. He values that greatly. But if he feels he can’t win here because of Dan’s choices, he may have no choice but to leave.”

Reportedly, Gilbert is unconcerned about James possibly leaving, because the Cavs owner believes the Cavaliers are better situated to weather another James departure. The key difference this time centers mostly on the Brooklyn pick the team acquired as part of the Kyrie Irving deal, which is expected to be a lottery selection. In addition, Gilbert is reportedly annoyed with James for not being willing to commit to the team beyond this season.

However, no unproven draft pick can automatically be considered a success, especially when placed against what happened the previous time James left to sign elsewhere. Four years of terrible teams followed and disappeared once James made his return in 2014. In their place were three consecutive trips to the NBA Finals and the franchise’s first-ever league title in 2016.

The current woes of the Cavs seemingly make the prospect of a fourth straight trip to the Finals less likely. Still, allowing the greatest player in franchise history, a future Hall of Famer, and a four-time league MVP walk away may be another decision that Gilbert ends up regretting.