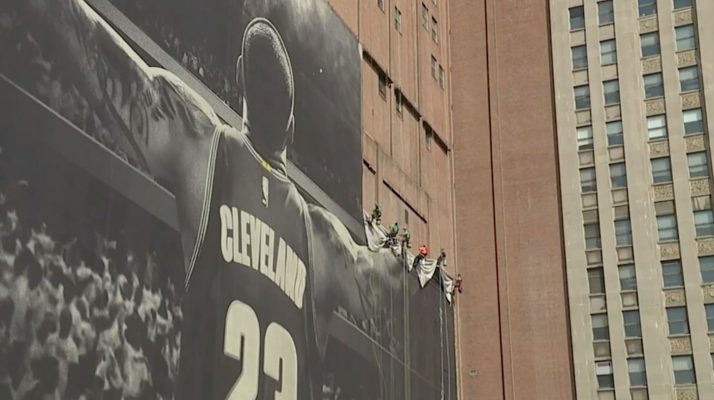 The citizens of Cleveland, Ohio probably don’t need anymore reminders that the LeBron James era in their great city has come to an end; but on Friday morning, they got one nonetheless.

While the iconic banner of James was brought down shortly after his departure from the Cleveland Cavaliers to the Los Angeles Lakers, fans finally found out what it will be replaced with.

According to TMZ, the City of Cleveland announced that they are replacing the poster with a new image of the Guardian of Traffic. 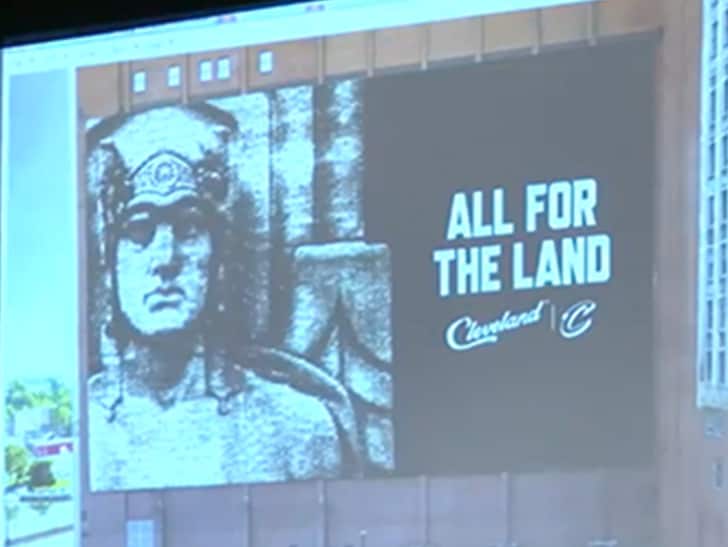 The image comes from an iconic statue that overlooks the Hope Memorial Bridge. While it is certainly a famous image in Cleveland, it doesn’t hold quite the power that its predecessor had held.

According to TMZ, city officials proposed the idea early Friday morning, calling the statue one of Cleveland’s iconic landmarks.

“We all serve as guardians in terms of protecting and working without our community,” officials said.

The Guardian of Traffic banner will come with an “All For The Land” slogan. It’s grainy look is due to the fact that the image itself is set to be a “a composite of crowd-sourced images” of local Clevelanders.

It is probably for the best that James’ poster is taken down, as neither the organization nor the city should be looking to the past. Instead, they should both be looking towards the future, and this change is just another reminder of that.