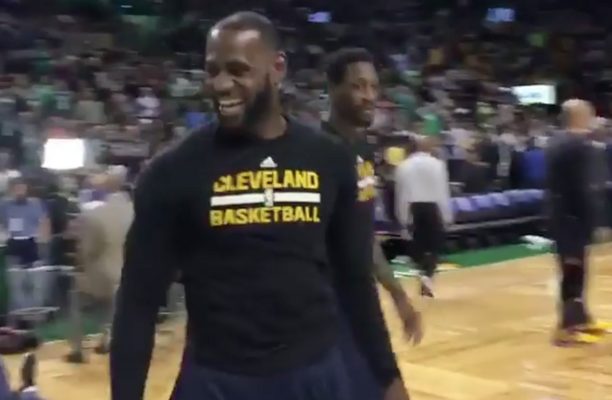 The Cleveland Cavaliers and Boston Celtics may be fighting it out for the top spot in the Eastern Conference but that doesn’t mean the rivals dislike each other.

Isaiah Thomas' sons got to meet up with LeBron James and Kyrie Irving before last night's game ? (via NBA)

All three players have connections and respect each other. Irving and Thomas came out of the same draft class in 2011, with Irving being the first pick and Thomas the last pick. The feisty C’s guard and James have played together in multiple All-Star games as well.

With four games left in the regular season for both teams, the first seed is still up for grabs.

The Cavs, who are up one game and own the tiebreaker, play the Atlanta Hawks on Friday.