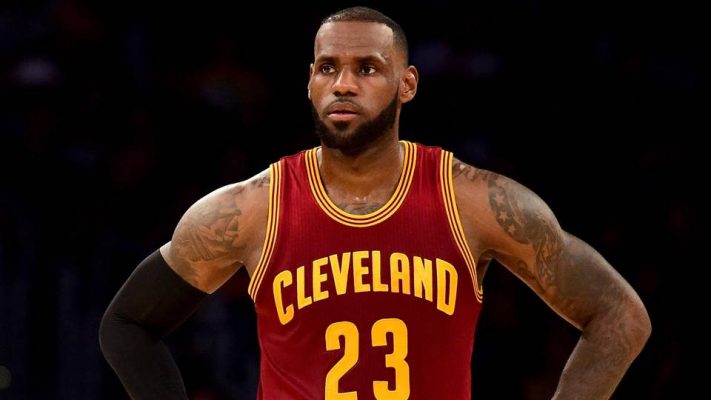 The job of Cleveland Cavaliers general manager David Griffin has been one with pressure being a regular aspect, due to the continuing need to maintain a championship-caliber club. LeBron James understands such pressure and gave Griffin a ringing endorsement for the job that he’s done.

ESPN’s Dave McMenamin noted that James’ comments about Griffin are important because Griffin’s contract expires at the end of this season. While the expectation is that Griffin and Cavs owner Dan Gilbert will reach an agreement at some point, it’s not a total certainty, which could have an impact on the team’s fortunes in the years that follow.

Griffin himself won’t comment on the situation, but James talked about the many different transactions that the general manager has facilitated since becoming acting general manager in May 2014. That was two months before James announced his return to the Cavaliers.

“He went out, we needed some interior help, he went out and got Timo [Timofey Mozgov],” James said. “We needed some perimeter defense, some perimeter shooting, he made a trade to be able to get Swish [J.R. Smith] and Shump [Iman Shumpert]. And that was the start of it. We needed more interior depth, he got Perk [Kendrick Perkins]. We got guys. We brought guys in. We needed some more athletic wings, he made a move, I don’t know how he finagled it to get RJ [Richard Jefferson] here. And so on and so on …

“I mean, all the guys that are here. We wanted a stretch-4 to help Kev [Kevin Love] out, we make a trade to get Channing [Frye]. I mean, I can name all the pieces that he’s been able to [acquire].”

Yet Griffin’s stature around the league is often diminished because of the perception that James is making decisions for the team, which the superstar sharply disputes:

“He still is doing what he needs to do to help this ballclub win [despite that]. And when I came here, when I decided to come back three years ago, I looked Griff dead in the eye and said, ‘Listen, I’m here to compete for a championship and that’s it.’ And he said, ‘That’s exactly what I want to do too.’

“Obviously they always want to bring my name into it and say that obviously, it’s easier because guys want to be here because I’m here,” James said. “But at the end of the day, he still has to press the right buttons because I’m not in the war room, I’m not in the draft room with those [front office] guys. I don’t know how much we may be over the luxury tax or if we have a trade exception here or how that’s going to work there or how many days we got to do this. So, it wouldn’t, seriously, I don’t know why it would make any sense to bring in a new GM. That don’t make no sense.”

In what many will likely see as a warning to Gilbert, James spoke about the impending contract negotiations:

“It makes no sense why he shouldn’t get an extension,” James said. “He’s pulled every move — he’s tried to make every move happen — to better this team to be able to compete for a championship. So we wouldn’t be in this position, obviously, without him and without the guys that are here — from the coaching staff to the players to Griff. He’s been a big piece of it.”

“Griff’s done a hell of a job,” Lue said. “To acquire D-Will 2 [Derrick Williams], D-Will 1 [Deron Williams], [Kyle] Korver and [Andrew] Bogut without having any money, that’s an amazing job. Griff’s done a tremendous job. Every time someone goes down. Even last year, the year before when Timo and J.R. and those guys came in, he just always seems to work his magic when we need it and he’s done a great job. Now it’s my job to make sure I put everybody in the best possible way to be successful.”

The lack of respect that James spoke about has been reflected in the voting for the past two executive of the year awards. Griffin finished runner-up in the 2014-15 season to Golden State’s Bob Myers; and last year, he finished just seventh.

After the Cavs won the franchise’s first title last June, Lue became a free agent, but soon signed a five-year deal for an estimated $35 million. Griffin shares the same agent with Lue and should receive similar compensation when the season ends. Otherwise, Gilbert’s tenuous relationship with James may be in danger of exploding next season.