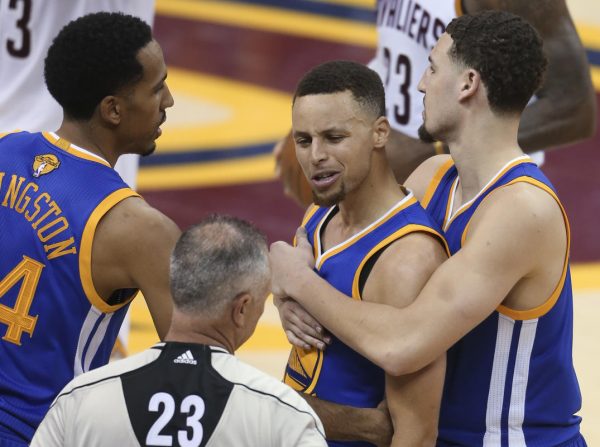 Before the Cleveland Cavaliers destroyed the Philadelphia 76ers on Friday, the defending champs had lost five of their last seven contests, including a three-game losing streak.

As a result, Cavs superstar LeBron James said the team was in a “bad spot,” which led to Golden State Warriors guard Stephen Curry to “like” the Cavs’ predicament via Instagram.

It’s understandable why Curry found joy in the Cavs’ bad stretch after his team got humiliated in the NBA Finals last season. However, the guard assured he didn’t like the photo of out bad intent via ESPN writer Ethan Strauss:

Steph Curry on "liking" the B/R Instagram photo of LeBron's "We're just in in a bad spot" quote: "Accident," he assures. "Total accident."

Still, there’s no telling what the true intentions were behind Curry’s actions. After two straight, competitive NBA Finals and a third one looming, it’s safe to say that these two teams are not fond of each other.