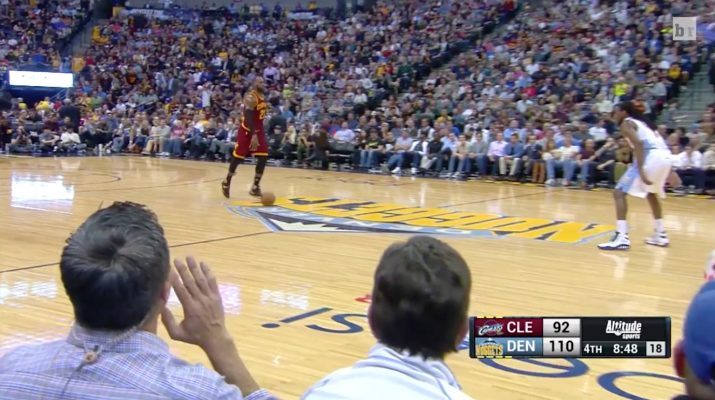 With the defending champions falling to the Denver Nuggets on Wednesday night, one Nuggets reporter sitting courtside decided to take his joy to another level.

During the fourth quarter with the Cleveland Cavaliers down by an 18-point margin, Denver Reporter Vic Lombardi was heard yelling,

“Hey LeBron (James)! LaVar Ball called. He says he could beat you one-on-one.”

Lombardi continued after James passed to a teammate:

“Yeah, that’s what I thought. Give it up! You’ve got no chance!”

The taunt comes after Ball, the outspoken father of potential No. 1 pick Lonzo Ball, said LeBron James‘ children would perform poorly in the NBA. The four-time MVP fired back by telling Ball to keep his kids out of it. As expected, the 48-year-old father stood by his comments and said he’d continue to speak his mind.

While Ball has all the time in the world to go after the Cavaliers star, the 32-year-old is preparing to make another run at the championship. James, in his 14th year in the league, is having another stellar season, averaging 26.0 points, 8.8 assists and 8.4 rebounds a game.