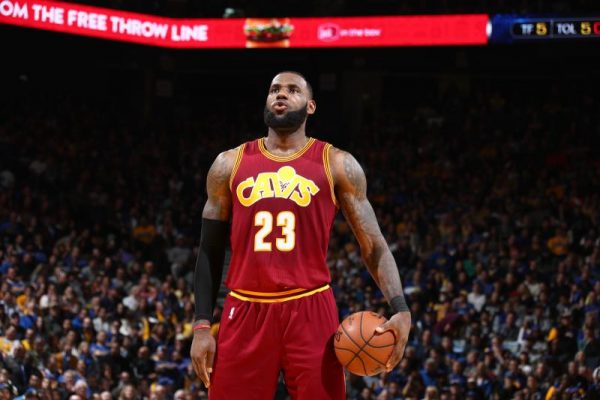 Yet again, LeBron James’ incredible season is bound to be underappreciated as other MVP candidates Russell Westbrook and James Harden are stealing all the headlines with their historic seasons. What many might not realize however, is that King James is also having a historic season of his own and set to re-write the history books.

James, who has been supremely efficient this season, is having a career year in rebounds and assists at 8.3 and 8.9 per game respectively. Even at 32 years of age, it seems as though the kid from Akron is still getting better, which is a scary prospect for his competitors around the league.

The four-time MVP is on track to break the NBA record for highest assists average by a frontcourt player in a single season. Currently, James shares the record with Wilt Chamberlain, who averaged 8.6 assists in the 1967-68 season, which James then equaled in the 2009-10 season.

Now, if James continues his average of 8.9 helpers per night, it will see him take sole position of the NBA record. To highlight this feat, the next closest to the record held by James and Chamberlain were Larry Bird (7.6 assists) in 1986-87 and Chamberlain (7.8 assists) again in 1966-67.

To even further analyze how brilliant James’ passing has been this season, just take a look at this statistic: Before this campaign, James had four games in his career with 15+ assists, this season alone, he already has five.

His dime production has gone way up, and his team is benefiting from him running the offense and keeping everyone involved. James’ ability to facilitate has been a major contributor in allowing new pieces Kyle Korver, Deron Williams and Derrick Williams to fit in almost seamlessly.

So again, don’t let this year’s narratives fool you. Westbrook and Harden aren’t the only ones on track for historical seasons; you can’t forget about the King.