Don't Miss
Home / Media / Koby Altman opens up on what Cavs plan to do with No. 5 overall pick

Koby Altman opens up on what Cavs plan to do with No. 5 overall pick 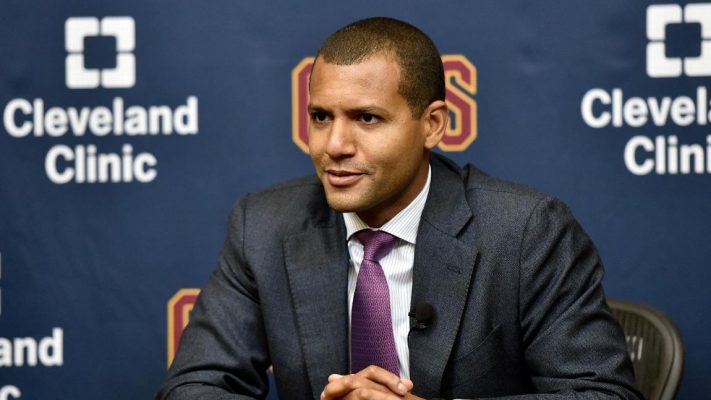 The Cleveland Cavaliers hold the No. 5 pick in the 2020 NBA Draft.

On Friday, Cavs general manager Koby Altman opened up on the franchise’s plans with the valuable pick.

Yet, the Cavs appear set on acquiring the best possible player that can fit into their emerging culture.

Although the Cavs finished with the worst record in the Eastern Conference this season, they showed major promise before the novel coronavirus ceased their campaign.

Now, the team is setting its sights on the playoffs. In fact, it will consider trading the No. 5 pick to bolster the roster.