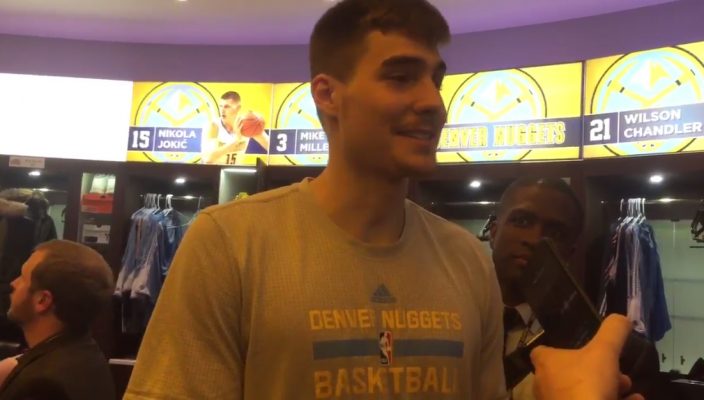 Going up against Cleveland Cavaliers forward LeBron James, even for the most seasoned veterans can present a challenge. For Denver Nuggets power forward Juan Hernangomez, some early success resulted in reality soon setting in for the rookie.

Hernangomez spoke with Harrison Wind of BSN Denver a few days after he had faced James for the first time during a Feb. 11 Cavaliers-Nuggets game:

Juancho: "First time coach said you got LeBron, I said 'oh my god.' First ball in the low post I stole it so I think he may be angry at me." pic.twitter.com/Zqzqc228Tj

With James having been named the NBA’s Most Valuable Player four times and winning NBA Finals MVP three, his stature around the world was long established before Hernangomez even entered the league. Even from afar, the rookie offered an astute assessment of James:

“He’s probably the best player in the world for the past 15 years,” Hernangomez said.

The Denver rookie will get another chance to face James when the Cavaliers travel to Denver for a game on Mar. 22.