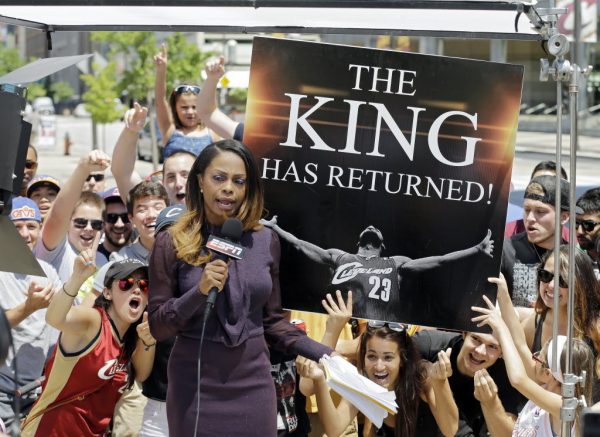 When LeBron James returned to the Cleveland Cavaliers as a free agent in 2014, it erased a lot of bad feelings in the past, but one thing that it did not erase was the infamous open letter that Cavs owner Dan Gilbert sent to James following his 2010 departure from the team.

When James was deciding whether or not to sign with the Cavs in 2014, he served as a voice of reason among his advisors, who thought it might’ve been better for James to keep his career with the Cavs as a thing of the past.

In the latest episode of ESPN’s “More Than An Athlete,” James and his team recounted the decision-making process prior to his return to Cleveland.

More Than An Athlete: Progress Over Pride

LeBron's return to Cleveland in 2014 surprised many considering how critical his decision to leave was received.Learn about why going back home was so important in "More Than An Athlete", streaming now on ESPN+

“I loved the idea of going back the Cleveland, I was totally for it,” James’ primary advisor Maverick Carter said. “I had a little bit of mixed emotions just because I wasn’t fully over what Dan Gilbert had written in that letter, and I’m not sure I ever will be. It was so vile and so strong that I don’t know if those type of things you say in that letter, you can take them back.”

Later in the video, James’ chief of staff Randy Mims mentioned that while making the decision, James served as the voice of reason amongst his business partners and managerial team.

“In talking with LeBron, it was funny he was the voice of reason in saying, ‘This is not about Dan Gilbert. This is about me going back and doing something that I feel I need to do and I want to accomplish myself.’ And him saying that, in layman’s terms, it shut us up.”

In the end, James laid out why he felt the need to return to his hometown to continue his NBA career.

“I felt like I just had some unfinished business,” he said. “And I’ve never quit anything that I’ve done.”

cleveland cavaliersfeaturedlebron jamesmaverick carternews ticker
← Previous Story How the Cavs Changed Larry Nance Jr.’s Life Before He Was Ever on the Team
Next Story → Tristan Thompson Shares Amazing Feat He Wants to Accomplish With Cleveland Cavaliers