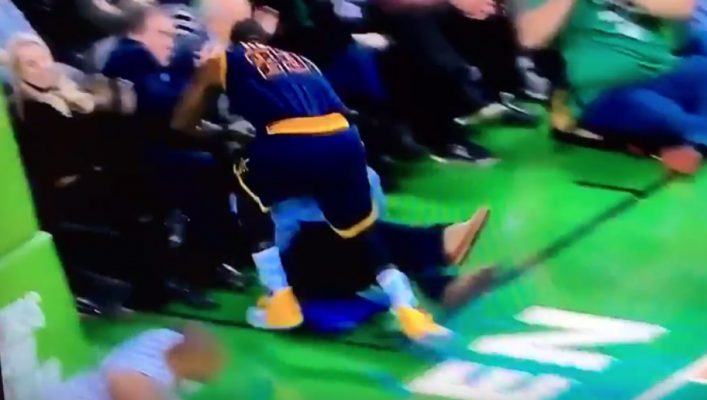 Probably one of the scariest things that can happen to you while watching a live NBA game is bracing for a full-speed LeBron James charging at you.

That’s precisely what New England Patriots coach Bill Belichick went through on Wednesday night as he and his wife Linda found themselves in the precarious situation as the Cleveland Cavaliers took on the Boston Celtics.

Watch as the 260-pound forward comes charging at the coach and his wife under the basket off of a missed rebound attempt.