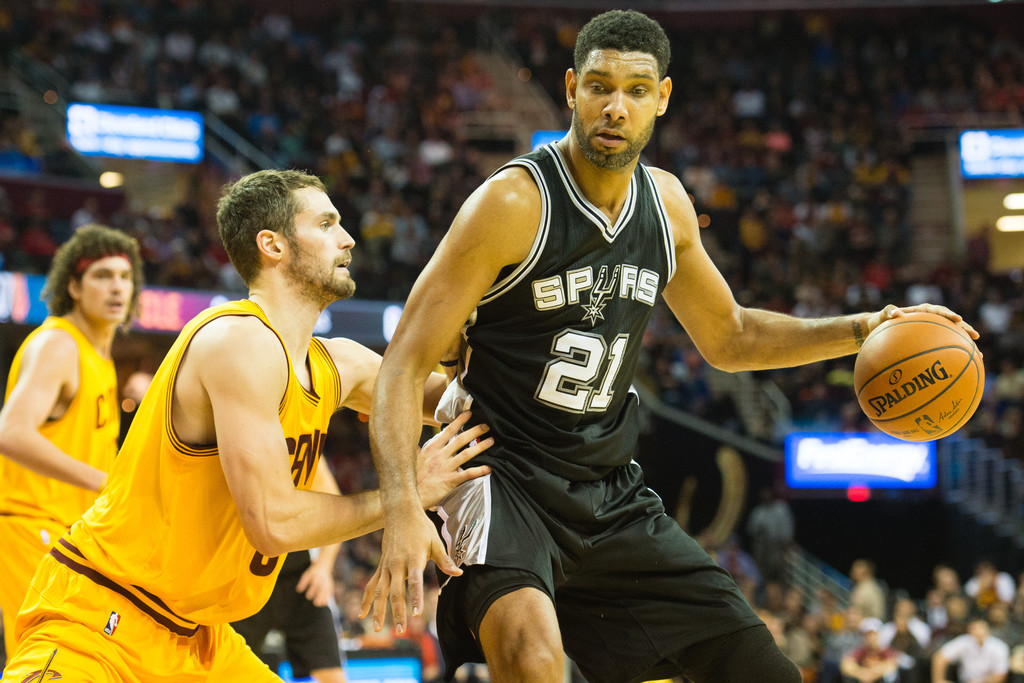 Since the NBA was forced to shut down its 2019-20 season due to the novel coronavirus, players have been very upfront about how much they miss the game.

Over the weekend, Cleveland Cavaliers star forward Kevin Love touched on how he’s missing basketball and reflected upon the greatness of the 2020 class of the Naismith Memorial Basketball Hall of Fame.

More specifically, Love looked back at facing off against Hall of Fame inductee and San Antonio Spurs legend Tim Duncan.

Just reflecting on the 2020 HOF class and missing the game. Tim Duncan — Best Power Forward Ever. Being in the Western Conference my first 6 years, we had a lot of battles. He gave me my welcome to the NBA moment 4 games into my rookie season. Having that experience and watching Tony Parker drop 55 on us was a lot for a fat white boy from suburban Oregon who turned 20 y/o only 2 months prior. As I’m writing this I’m just realizing it’s his birthday…so, HBD to the 15x All Star, 5 time Champion, 15x All NBA, 15x All Defensive, 2x MVP, 3x Finals MVP, 97-98 Rookie of the Year. I wouldn’t have the success I’ve had in our league without learning from #21. 🙏🏻🙏🏻🙏🏻

Love has always had a way with words, and his message to Duncan certainly proves that. Moreover, his message makes it clear how special the brotherhood within the NBA is for Love.

Surely, many power forwards currently in the league learned a lot from Duncan. Throughout his career, he managed to dominate on both ends of the floor.

While Duncan’s NBA playing career has come to an end, Love is simply hoping to get his started back up sooner rather than later.

Due to the COVID-19 pandemic, the NBA has been on pause since the middle of March.

According to some rumblings around the league, if the NBA does decide to continue the 2019-20 campaign, play will begin immediately with the playoffs. That would mean that the Cavs’ own season would be over.

If that ends up being the case, Love will have to wait many more months until he is able to take an NBA court once again.