Deron Williams Reveals Why He Chose Cavs Over All Other Teams 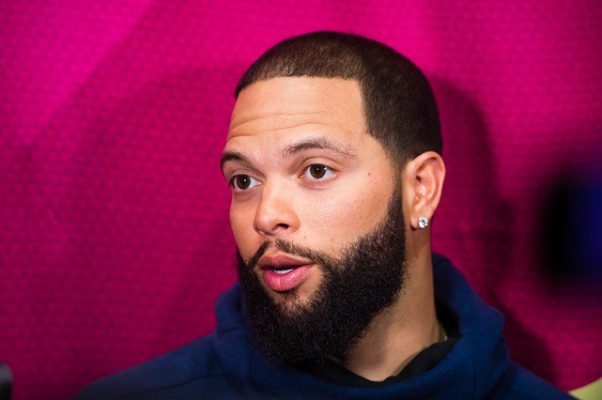 The addition of veteran point guard Deron Williams to the Cleveland Cavaliers wasn’t necessarily a certainty once Williams was released by the Dallas Mavericks. However, certain key aspects eventually led Williams to cast his lot with the Cavaliers as they hope for another long playoff run.

Williams spoke to assembled media prior to Monday night’s Cavs victory over the Milwaukee Bucks. He indicated that his immediate impulse was to choose Cleveland over other teams that may have offered him more money or playing time, with the presence of Kyrie Irving a big selling point:

“The Cavs were the first team that jumped out at me. A lot of times you overthink things. I kind of went with my first thought. I just felt like this was the best fit for me,” Williams said. “I just feel like I’ll be comfortable here. I’ll have a significant role here, with the need for a backup for Kyrie (Irving) and also being able to play with Kyrie. We get a chance to play together and of course competing for a championship is something that I haven’t had a chance to do.”

In addition to his belief that he can be an asset to a team battling to win its second consecutive NBA title, Williams reinforced the fact that his former teammate, Kyle Korver, helped sway his final decision, though the presence of LeBron James didn’t hurt:

“He’s a big reason why I’m here and just talking to him and him helping me be comfortable,” Williams said. “I talked him a little bit right after the trade and he said he was having a great time. He said all the guys are great and playing with LeBron is great.”

“Not sure exactly how many minutes I’m going to get a game or anything like that,” Williams admitted. “But like I said, I can have a significant role and I can help this team win basketball games.”

One thing Williams is excited about is the chance to renew acquaintances with James, who he played with during the 2008 and 2012 Summer Olympics.

“Seeing him work every day and lead every day, it was definitely someone that I wanted to team up and play with,” Williams said. “He just brings so much to the table, not just on the court. He’s obviously the best player in the game, but his leadership and his intensity he brings every night and just his passion for the game is contagious.”

“We’ve been in contact,” Williams said. “Any team that has LeBron James is going to be relevant. And you have Kyrie, who is one of the best point guards in the game. When Kevin (Love) is healthy this team is loaded from top to bottom, really deep, has a lot of shooters, a lot of weapons. Obviously a lot of championship experience. That’s all the things you need to make a run in the playoffs, definitely poised to try to repeat.”

The hope is that Williams will be able to play his first game for the Cavs on Wednesday night when they travel to Boston to face the Celtics.