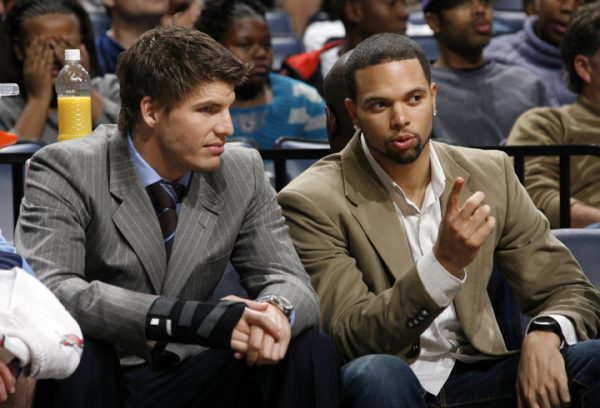 Although the Cleveland Cavaliers just recently acquired Kyle Korver in a trade with the Atlanta Hawks, it seems that the sharpshooter is already making a huge impact both on and off the court.

Through 21 games with the Cavs thus far, the 35-year-old is averaging 11.6 points on a career-high 52.4 percent shooting from the field. He’s also making a whopping three 3-pointers per game on a jaw-dropping 52.5 percent shooting.

However, as well as he’s been playing on the court for the Cavs, his biggest impact so far may have been what he said in his recruitment of three-time All-Star point guard Deron Williams.

“The locker room is amazing,” Korver said. “I think you’re always wondering about that in the back of your mind. Just tried to tell him that these guys are great and they’re welcoming. You’re going to have no problem fitting in.”

Although Korver said he didn’t need to say much to convince Williams to join the Cavs, he undoubtedly had a huge influence on one of his best friends in the league. The two were teammates and golfing buddies on the Utah Jazz from 2007-10.