Report: Two Big Men Have Emerged Atop the Cavs’ Search for Backup Center 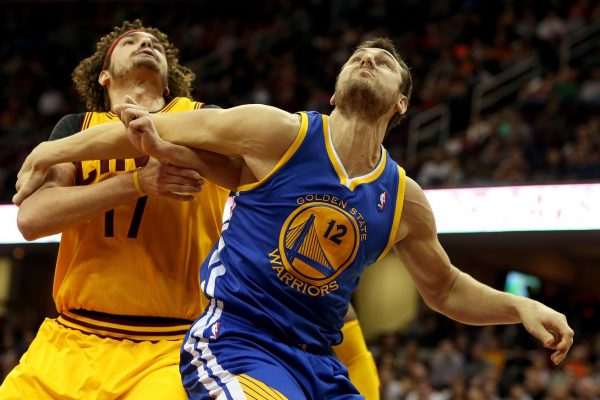 The Cleveland Cavaliers are still looking for a possible trade partner before Thursday’s deadline, though they could be in contention for either current Dallas Mavericks center Andrew Bogut or even former Cavaliers veteran Anderson Varejao.

Hearing Cavs won't immediately pursue Varejao. Want to gauge the market for vets. Bogut at top of the list & hear he likes them too.

To clarify Bogut to Cavs would happen if he doesn't get dealt and is bought out by Dallas. Bogut also not eligible to go to Warriors.

The 7-foot Bogut is currently making just over $11 million this season from the Mavericks, though a buyout would allow him to make any sort of deal he chooses. Of course, if Dallas doesn’t offer him a buyout, a talk of any deal becomes a moot point.

However, the 32-year-old who was the top pick in the 2005 NBA Draft, has only seen action in 26 games this year for the Mavericks including 21 starts. Playing 22.4 minutes per game, he’s averaging 3.0 points and 8.3 rebounds per contest and is an unrestricted free agent at the end of the season. For his career, Bogut has averaged 10.0 points and 8.9 rebounds. From Cleveland’s perspective, he would provide badly needed depth in the paint behind starting center Tristan Thompson.

Bogut may have some added motivation to join the Cavs, since they could conceivably advance again to the finals against his former team, the Golden State Warriors. Golden State dealt him to Dallas almost immediately after signing free agent Kevin Durant last July, in order to accommodate the latter’s salary.

The Cavaliers dealt Varejao last February, with the veteran eventually getting signed by the Warriors, who released him last month. NBA rules state that the Cavaliers would not be able to re-sign him until at least one year has passed from the time of their deal. That date was last Saturday, though Varejao may end up being a last-ditch option for the team.