Video: High Schoolers Freak Out When They See LeBron James 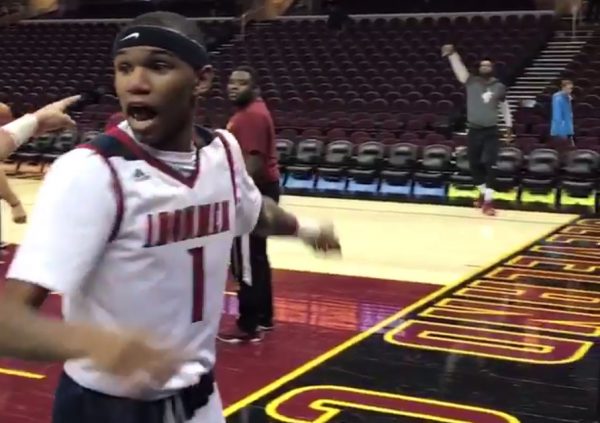 Hours before the Cleveland Cavaliers took the court on Wednesday to face off against the Minnesota Timberwolves, No. 21 Cleveland Central Catholic High School beat No. 5 Garfield Heights in an upset, 64-62, at Quicken Loans Arena.

Little did the high school know that the victory wasn’t the only treat they’d be getting that night. Following the victory, the team watched in awe as they spotted Cavs superstar LeBron James putting up jumpers in his pregame preparation.

Watch as the high schoolers freak out when they see James.

tfw you finish playing your H.S. game @TheQArena & then someone walks on to get pregame shots up … and it's @KingJames. ?#ThisIsWhyWePlay pic.twitter.com/Ca8GnzwdhO