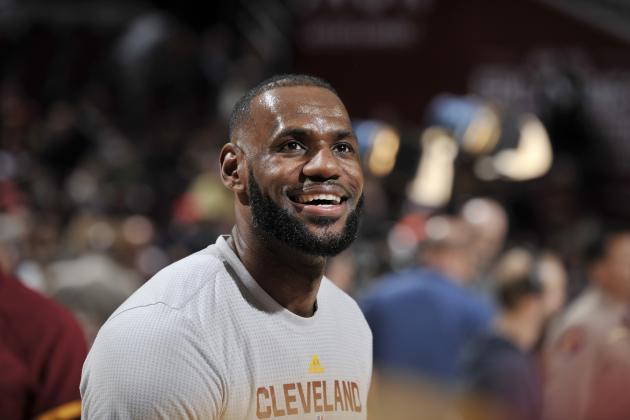 The philanthropic side of Cleveland Cavaliers forward LeBron James has been evident for a number of years, through the work of his family foundation. However, his latest donation is something different with news of his $2.5 million donation to the Smithsonian’s National Museum of African American History and Culture exhibit on the life of the late Muhammad Ali.

Jeff Zilgitt of USA Today reported that James and his business partner, Maverick Carter, will donate the money to help support the exhibit, “Muhammad Ali: A Force for Change,” at the museum that opened just a few months ago.

“Muhammad Ali is such a cornerstone of me as an athlete because of what he represented not only in the ring as a champion but more outside the ring — what he stood for, what he spoke for, his demeanor,” James said. “I think of him every day. Without his passion and goals and morals, I don’t know if I’d be sitting here today talking to you about it.”

Ali died in June at the age of 74 after battling the effects of Parkinson’s disease for decades. His death took place during the NBA Finals, with James being asked at the time about Ali’s impact in and out of the ring.

“As a kid I gravitated towards him because he was a champion, but I only knew as a kid of what he did inside the ring. As I got older and I started to be more knowledgeable about the sport, about sport in general and about the guys who paved the way for guys like myself,” James said.

James spoke with Ali’s widow, Lonnie, during the offseason before officially making the contribution.

“I wanted to make sure I got Lonnie’s blessing,” James said. “Once I got her blessing, I told the museum it was a go. Full throttle. Let’s get it going.”

Lonnie Ali issued this statement in response to the gift:

“I am overwhelmed by the incredible generosity LeBron James has shown,” Ali said. “This exhibit will enable children visiting the Smithsonian to learn more about Muhammad’s work outside of the ring, particularly his humanitarian work and stance on social justice for all people. … I know that if Muhammad was alive today he would be honored.”

Lonnie Bunch, the executive director of the museum, also expressed appreciation for the gift.

“His support will help us to continue the story of Muhammad Ali and will encourage athletes to realize how important athletics is in terms of social justice,” Bunch said. “It’s also really important that actions like this by Mr. James encourage younger athletes and people with means to recognize the philanthropy and paying homage to those who went before, how crucially important that is.”

The donation is the latest in a growing line of efforts by James to make his own impact in the area of philanthropy. Through the LeBron James Family Foundation, he’s previously provided bicycles to underprivileged youths in Akron, a program that has evolved into one called Wheels for Education. The goal there is to provide necessary items for third graders to help focus on their education.

Last year, James announced a plan that would provide four-year scholarships to any students enrolled in his foundation’s academic program at the University of Akron.