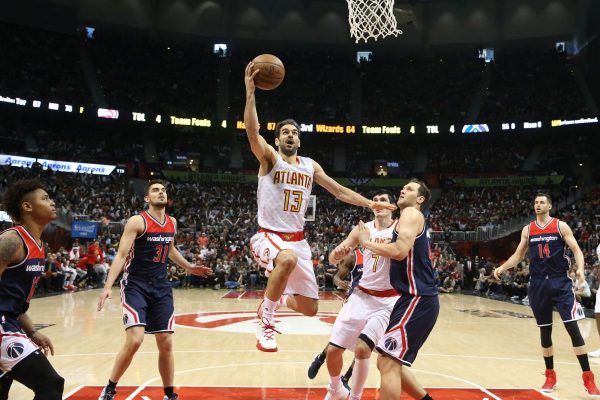 Though the Cleveland Cavaliers have been limited by salary-cap issues regarding their ability to plunge into the free-agent market, they appear to have one candidate in mind when it comes to obtaining a backup point guard. That player is Jose Calderon, who has 12 years of NBA experience with six different teams.

Cavs have targeted Jose Calderon to be their backup point guard, per source. The interest is mutual.

The 6-foot-3 Calderon will be 36 years old when the 2017-18 season begins and has changed his address frequently over the past five seasons. During the 2016-17 campaign, he began the year with the Los Angeles Lakers before being released just after the trading deadline. The Golden State Warriors then signed him on March 1 before releasing him the following day. On March 4, he signed with the Atlanta Hawks and played with them for the remainder of the season.

Over the course of that tumultuous campaign, Calderon averaged 3.4 points and 2.1 assists, a drop from his career averages of 9.6 points and 6.2 assists. Meanwhile, his playing time for the 2016-17 season averaged 13.1 minutes per contest.

If signed by the Cavaliers,  Calderon would replace Deron Williams as the backup to Kyrie Irving. Williams signed with the team in February after being bought out by the Dallas Mavericks.

Cleveland Cavaliers rookie guard Darius Garland has added to his yearly income by signing an autograph deal with Upper...