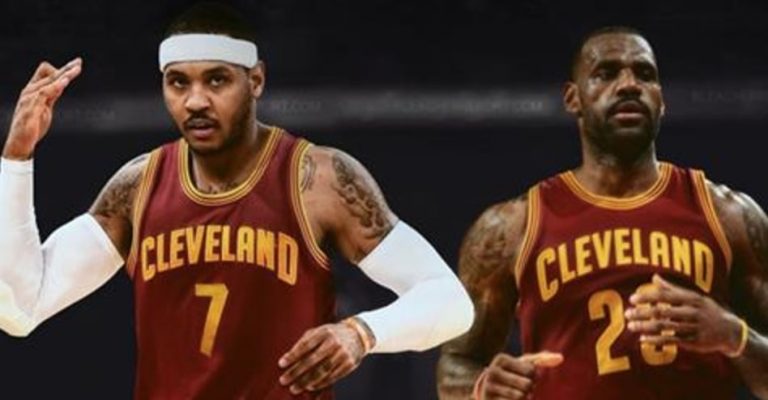 The Cleveland Cavaliers continue to maintain an interest in trading with the New York Knicks for Carmelo Anthony, though they’ve made it clear that Kevin Love won’t be a part of any deal.

ESPN’S Ramona Shelburne and Marc Stein reported that Cleveland hasn’t completely rejected the notion of acquiring Anthony, though asking for Love in return is a non-starter for the Cavs. Finding a way to fit Anthony’s huge contract into the Cavaliers’ already-beyond-the-limit payroll is the main problem, however.

Anthony has two years remaining on his deal after this year that will pay him $54.2 million. He also has a no-trade clause that he’d need to waive, though he says he hasn’t given New York a list of teams that he’d accept a trade to if it comes about.

“I haven’t told anybody anything,” Anthony said Tuesday. “I haven’t had that conversation with anybody.”

When asked what circumstances would get him to waive that clause, Anthony was non-committal.

“I don’t know,” Anthony said. “It’s something I would have to think about. I think it’s more so what direction the organization wants to go. I’ve said this before: If they feel like they want to go in a different direction, rebuild and start fresh, then that’s something I will consider. I’ve always said that.”

Other teams besides the Cavaliers that the Knicks have spoken with include the Los Angeles Clippers and Boston Celtics.

For the most part, Anthony doesn’t sound as if he’s eager to be traded away, citing family concerns.

“That’s more what I care about — my family,” Anthony said. “My son being comfortable at an age now (9) where he’s really getting an opportunity to understand being in New York and having a home there and having friends there. My wife working there and having her opportunities there … I think about that more so than my decision for my career. At the end of the day, it will come down to my decision. But I think more about my decision and what they’re going to have to go through if anything would happen.”