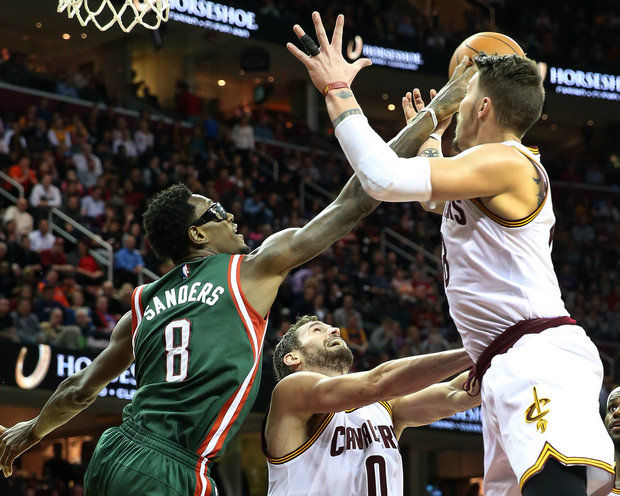 After being held out of Saturday’s practice with a sprained right ankle he sustained in Friday’s victory over the Brooklyn Nets, Mike Miller is now considered questionable to play against the Memphis Grizzlies.

Miller was able to play on the ankle after rolling it on Friday, so the injury is not considered to be serious. The sharpshooter was 7-8 from three-point range in his first game back from a concussion.

In other news, power forward Kevin Love was also a little banged up after Friday’s game as he was seen at practice with a wrap on his right hand. Love’s injury occurred when his hand got caught in Mason Plumlee’s jersey resulting in a finger sprain.

However, Love isn’t expected to miss any time according to head coach David Blatt.

“It was a little sore but he’s OK,” Blatt said. “It’s nothing serious.”