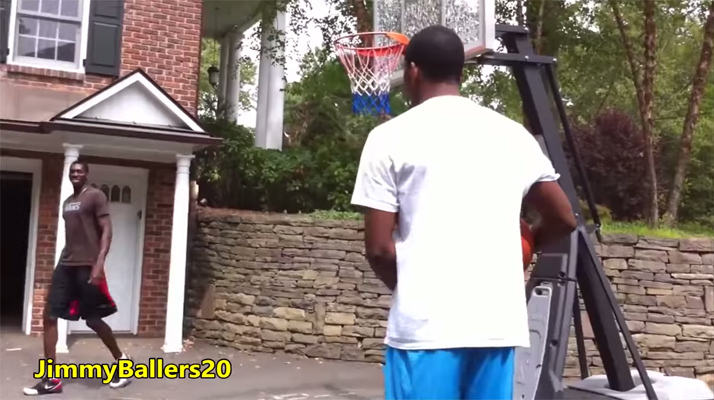 The fact that Cleveland Cavaliers point guard Kyrie Irving has already accomplished so much at the age of 24 makes people often forget that just six years ago, he was beginning his only season at Duke University.

Recently, a 2010 video of an 18-year-old Irving surfaced on YouTube showing him shooting baskets with some of his Duke buddies. The video lasts slightly over three minutes and shows casual shooting by the players prior to a friendly dunk contest.

The irony of this is that Irving currently scores few points via dunks in his game today. Still, the video offers evidence of Irving’s ability to offer up crowd-pleasing dunks, if necessary. Multiple examples show him bouncing the ball, grabbing it with one hand followed by, recalling former Cavs broadcaster Joe Tait’s pronouncement of a LeBron James dunk, “Wham with the right hand!”

There’s no indication if any winner was actually chosen, but based on the video, Irving should have captured the title.