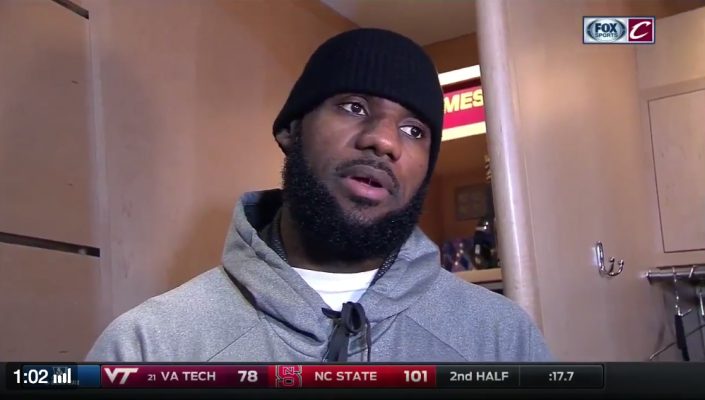 With Cleveland Cavaliers point guard Kyrie Irving being sidelined for the past three games, the Cavs’ glaring deficiencies at the backup point guard are becoming a major concern.

Currently, the Cavs’ only true backup point guard is rookie Kay Felder, who is averaging just 1.7 assists over the last three games in the absence of Irving. The team has experimented with both DeAndre Liggins and Iman Shumpert at the position, however, a true pass-first point guard is what the Cavs desperately seek.

Last season, the Cavs had Matthew Dellavedova relieving Irving at the point guard position, as the gritty 6’4″ guard averaged 4.4 assists in 24.6 minutes of action. However, the team has yet to find a suitable replacement 34 games into the season.

Cavs superstar LeBron James spoke about the pressing need for a reserve point guard after the Cavs’ 106-94 loss to the Chicago Bulls on Wednesday night.