Video: Richard Jefferson Dunks on Kevin Durant, Proceeds to Stare Him Down 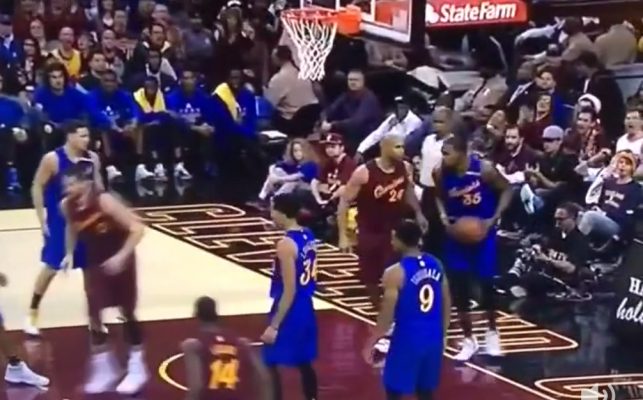 Veteran small forward Richard Jefferson may have had his play of the season so far in the Cleveland Cavaliers’ Christmas Day matchup against Golden State Warriors.

Watch as the 36-year-old dunks with the left hand over Warriors star Kevin Durant and then proceeds to stare him down.