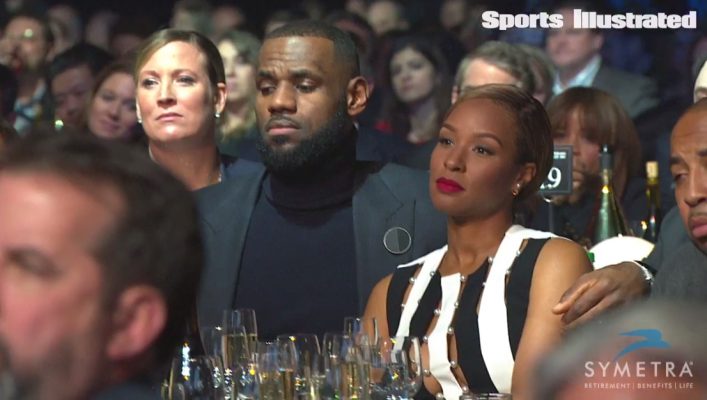 James recently expressed his displeasure of Jackon’s use of the word “posse” as a way to describe James and his friends.

At Sports Illustrated’s Sportsperson of the Year awards show in Brooklyn on Monday, hip-hop mogul and icon Jay Z decided to weigh in on the controversy in rather subtle way.

Watch as the Brooklyn Nets minority owner introduces James while taking a couple shots at Jackson for his remarks.