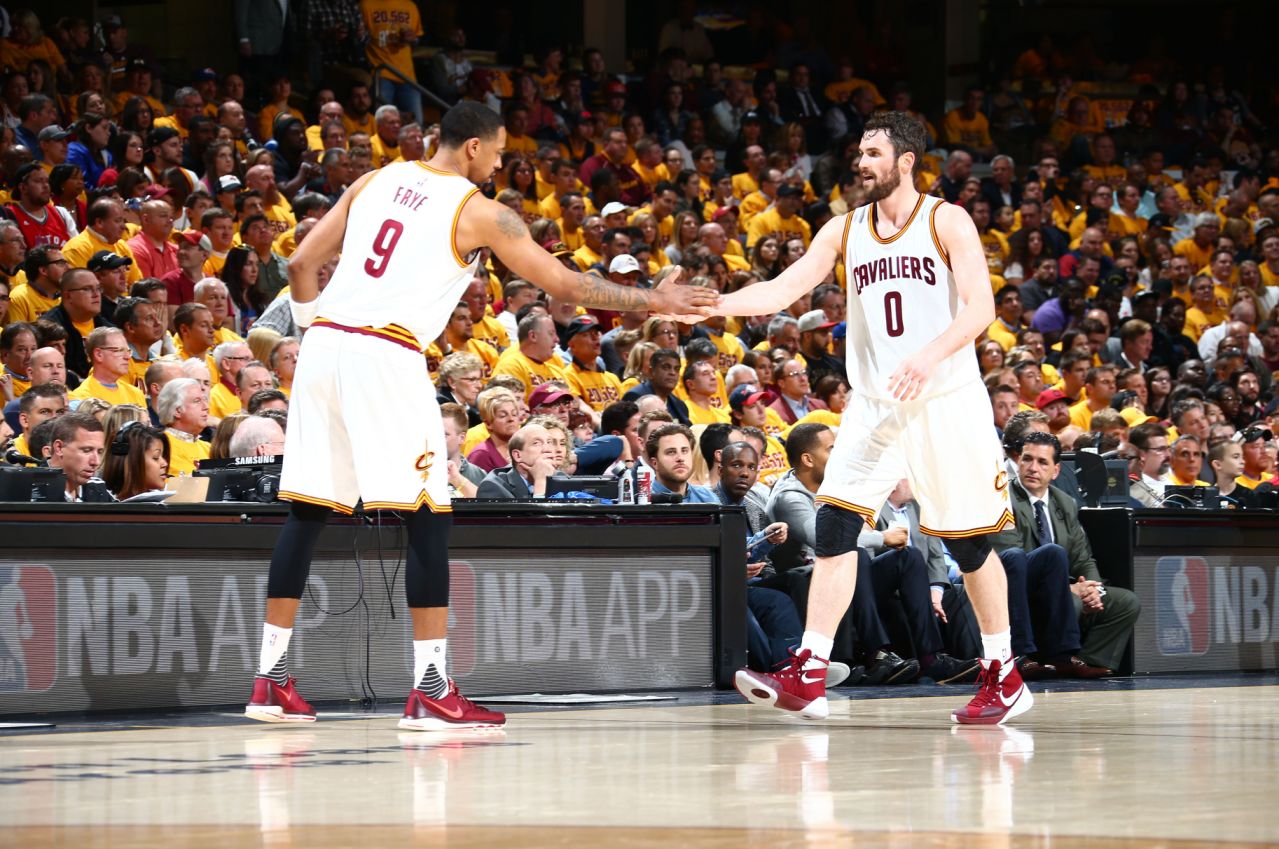 The Cleveland Cavaliers traveled to Oracle Arena to take on the defending champion Golden State Warriors on Friday night.

While the outcome on Friday night was a 120-114 defeat, Kevin Love and Channing Frye remembered a time when they got out of Oracle with a win when much larger stakes were on the line.

The stakes were of course the 2016 NBA championship.

Goosebumps after hearing @kevinlove and @Channing_Frye relive the @cavs Game 7 win in the Finals in 2016.

For the full conversation tune in after Tuesday night's Cavaliers Live postgame. pic.twitter.com/dm3wrHqPEN

“There were a dozen storylines throughout the year and regular season, postseason, and the second half of Game 7,” Love began. “We were so, so worked up.”

Channing then remembered how he felt as the heart-thumping game neared its conclusion.

“It’s like playing chicken with a car,” Frye remembers. “Where you’re like, ‘I gotta move, but I can’t stay.’ Like a deer. And then all of sudden, Kyrie [Irving] did the move, and I was like, ‘Is he going to go right?’ Boom, hit the shot and I thought I was going to cry. Then Kevin played a little bit of defense.”

“Then I thought I was going to cry. But then when ‘Bron (LeBron James), I had never seen a human move that fast before in my life. It was like some type of jungle animal had gotten on the court and went after the ball.”

Love then offered his own take on James’ iconic rundown block on Andre Iguodala:

“That play on Iguodala. If Swish (J.R. Smith) didn’t come over the top, he would have dunked it. And ‘Bron wouldn’t have had that extra split second or split step to go up there and block the shot. That’s his iconic moment of his career.”

While things are quite a bit different in Cleveland at the moment, there’s no doubt that the players and organization as a whole still get a whole lot of joy from being a part of the greatest comeback in NBA history.