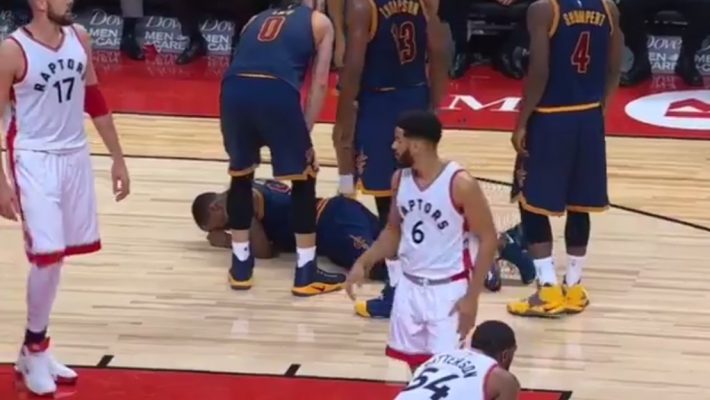 The Cleveland Cavaliers caught a huge break on Tuesday afternoon as it was announced that the results of shooting guard J.R. Smith‘s MRI had come back clean.

The 31-year-old Smith apparently injured the knee in the first quarter of the Cavs’ game against the Toronto Raptors on Monday night.

Initial X-rays on the knee had come back negative, and with the MRI results also coming up clean, it looks like Smith will be day-to-day moving forward.

Smith is having perhaps the worst start in his NBA career, as he’s shooting just 31.1 percent from the field, attributing to a putrid 7.8 points per game.