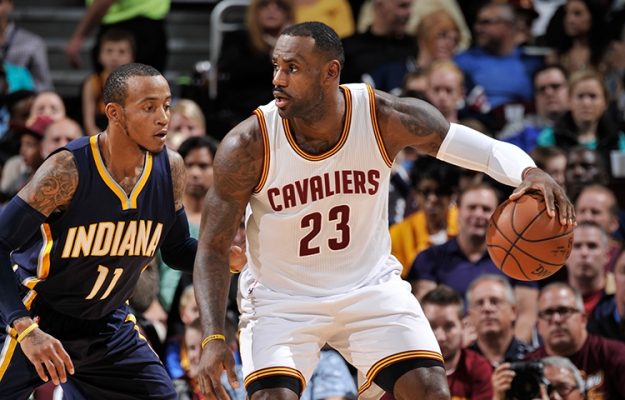 In an effort to spare LeBron James the rigors of having to play on consecutive nights, Cleveland Cavaliers head coach Tyronn Lue will be keeping him out of Wednesday night’s road matchup against the Indiana Pacers according to ESPN’s sources.

ESPN Sources: LeBron James to sit out his first game of season when Cleveland Cavaliers face Indiana Pacers on the road this evening.

The absence is clearly for maintenance purposes, as James had played 38 minutes on Tuesday night, the third game in a row he’s reached that amount. The game was a hard-fought battle in which the Cavaliers defeated the Toronto Raptors, 121-117, in a game that went down to the closing seconds.

James’s presence was needed in the game and he responded by narrowly missing a triple-double: 28 points, 14 assists, and nine rebounds.

In his previous two years since returning to the Cavaliers, the team has struggled when James has either been out due to injury or because of rest. They’ve also had problems simply winning in Indianapolis, so the pressure will be heightened on his teammates to improve the team’s season mark to 10-1 on the year.