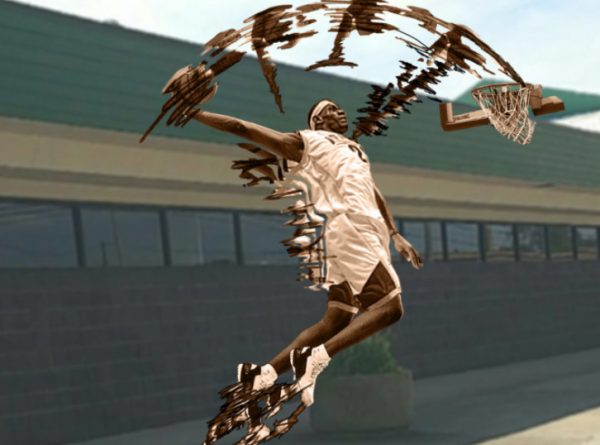 The legendary career of Cleveland Cavaliers forward LeBron James has been the source of countless tributes from players, coaches and fans. Those comments may eventually be forgotten, but a fellow graduate of James’ high school wants to try and build a more lasting tribute by erecting a life-size statue of James in his hometown of Akron.

Aaron Carey, who lives in Columbus, Ohio, has started a GoFundMe campaign that seeks to raise $1 million to build a James statue before the 15-year veteran calls it a career. He has in mind a specific sculptor to handle the job: Omri Amrany, who’s previously created statues of NBA Hall of Famers like Kareem Abdul-Jabbar, Magic Johnson, Michael Jordan and Shaquille O’Neal.

James spoke about the campaign following Monday’s practice and was deeply appreciative:

“First of all, thank you,” he said. “It would be cool, not only for myself, but for my family and all the people that had anything to do with this journey thus far. I’m appreciative even of the thought.”

Carey told Craig Webb of the Akron Beacon Journal that the idea of a collective campaign would allow many of James’ fans to say thanks in a tangible way:

“We want to do this with the fans,” he said. “We want fans to be able to thank LeBron for what he has done for Akron and the Cavs.”

No definitive pose has been chosen, though the Akron Beacon Journal article gave one early rendering:

“The preliminary artist’s rendering pays homage to the school and James’ time there before heading straight to the pros.

“It depicts a young James wearing the first incarnation of his signature Nikes and his No. 23 high school jersey.”

James himself hasn’t had much time to consider what his preference might be:

“I don’t have a particular pose in mind,” he said. “I think it’s the thought that counts, it’s pretty cool.”

More certain is the location of where the statue would eventually reside:

“We really want this to be in Akron,” Carey said. “We talked to (Cavs owner) Dan Gilbert and he wants to put one up in Akron after LeBron retires.”

While such campaigns usually involve plenty of small donations, Carey is ready to reward those who really open their wallets:

“The first 15 donors to contribute $30,000 or more would receive a limited edition miniature replica of the statue, signed by the artist,” Webb wrote.

Since James is currently more focused on reaching the Finals for their eighth year in a row, Carey indicated that he’ll wait until after the season to speak with representatives of the superstar.