LeBron James Reflects on Missing Out on NBA Finals vs. Kobe Bryant and Lakers 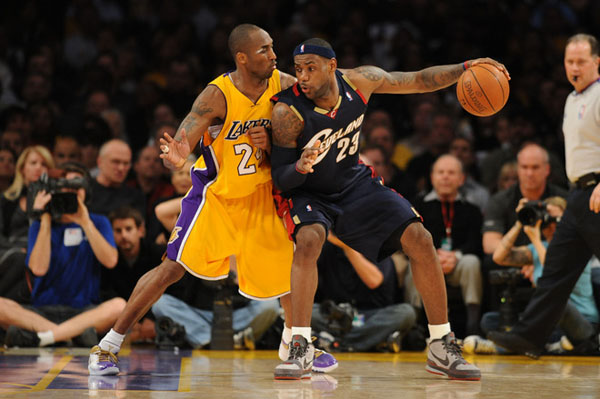 For years, LeBron James and Kobe Bryant were the considered to be the two best players in the NBA. Unfortunately for every fan of basketball, the two icons never faced off in an NBA Finals match.

As all fans of the Cleveland Cavaliers know, James and company seemed to be on a crash course with the Los Angeles Lakers in the 2009 NBA playoffs, but failed to live up to expecations. The Cavs entered the Eastern Conference playoffs as the No. 1 seed only to lose to the Orlando Magic in a stunning upset.

On Friday, James reacted to a Slam Instagram post, admitting that he feels he could have worked harder earlier in his career. 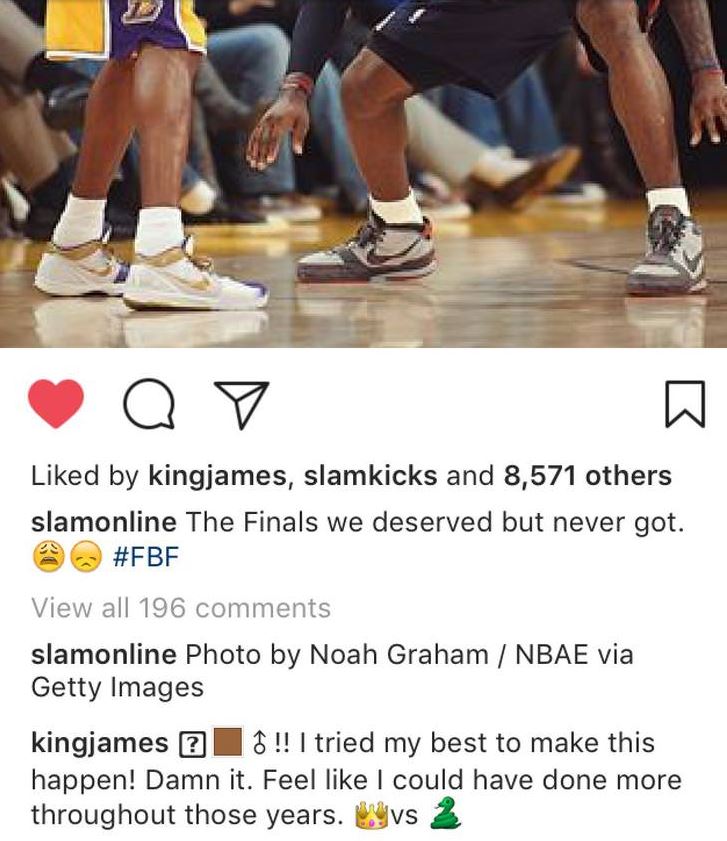 “I tried my best to make this happen! Damn it,” James wrote under a picture of his younger self guarding Bryant. “Feel like I could have done more throughout those years.”

James’ comments make it clear just how fierce of a competitor he is. The 2008-09 season was the first season in which the King was named MVP. He also did all he could to try to help the Cavs overcome the Magic in the Eastern Conference Finals when he averaged 38.5 points, 8.3 rebounds, and 8.0 assists per game. Still, he feels as though he could have done more.

James has managed to advance to every NBA Finals since that conference finals loss in 2009. Hopefully he continues that streak this season on his way to another NBA championship.