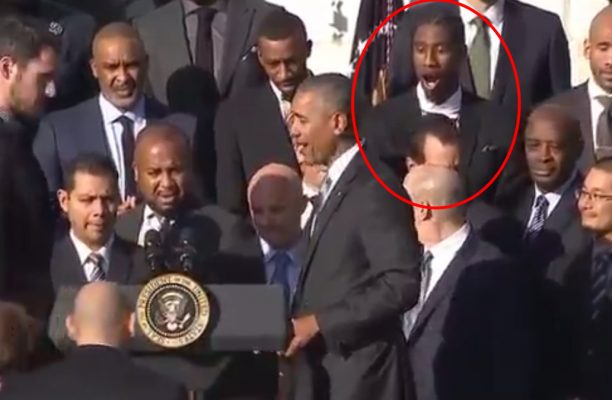 When the NBA’s defending champion Cleveland Cavaliers paid a visit to President Barack Obama on Thursday afternoon, shooting guard Iman Shumpert might have witnessed the most shocking thing he’d ever seen in his life up until that point.

Upon finding out President Obama’s stage podium was movable, Shumpert’s mind was visibly blown based on his colorful reaction. Check out the hilarious video below.