LeBron James to Appear With Hillary Clinton on Sunday 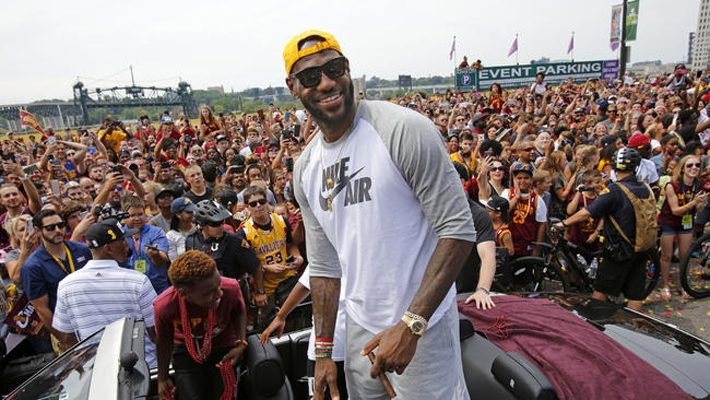 In the waning days of the presidential campaign between Hillary Clinton and Donald Trump, Ohio remains a battleground state which could go to either candidate. As a result of the tight race, Clinton plans on having Cleveland Cavaliers forward LeBron James with her at a campaign rally on Sunday.

A pair of sources confirmed that James will appear with Clinton to provide motivation for all Clinton supporters to vote in Tuesday’s election. The rally will be held at the Public Auditorium in Cleveland, Ohio, which is adjacent to where the city celebrated the Cavaliers’ first-ever NBA title last June.

James had previously endorsed Clinton in an article written for the Akron Beacon Journal, the main newspaper in James’ hometown. While with the Cavaliers in 2008, James had also endorsed President Barack Obama.

“Only one person running truly understands the struggles of an Akron child born into poverty,” James wrote in his endorsement. “And when I think about the kinds of policies and ideas the kids in my foundation need from our government, the choice is clear. That candidate is Hillary Clinton.”

James has also criticized Trump without referring to him by name. Those comments came in response to crude remarks in 2005 by Trump that he dismissed as “locker room talk.”

Ohio has 18 electoral votes, with a large turnout in Cleveland necessary to negate Trump’s support in other areas of the state.