Video: Kyrie Irving Reveals Injury That Affected His Play in Second Half of Game 5 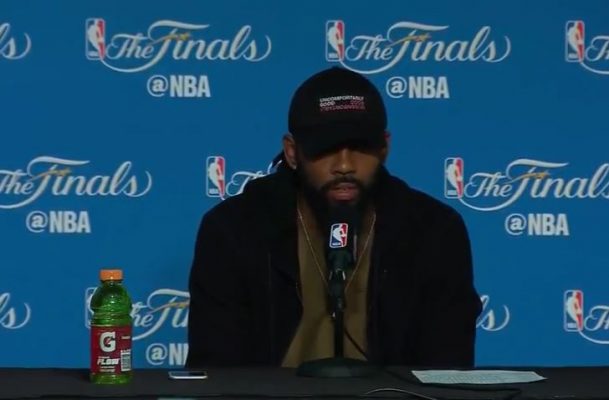 As the Cleveland Cavaliers fell to the Golden State Warriors, 129-120, in Game 5 of the NBA Finals on Thursday night, point guard Kyrie Irving had an uncharacteristically quiet second half.

He did finish the night with 26 points on 9-of-22 shooting, but his offensive production dropped in the second half, notably in the fourth quarter when he went just 0-for-6 on his field-goal attempts.

Now, apparently, according to Irving, there was a reason for this out-of-character second half:

“After I hit my dang knee on the floor. After that, my lower back started to tighten up and as the fourth quarter started to happen, a lot of shots and layups that I normally make, they just weren’t falling,” Irving said. “So that kind of took the wind out of my sails.”