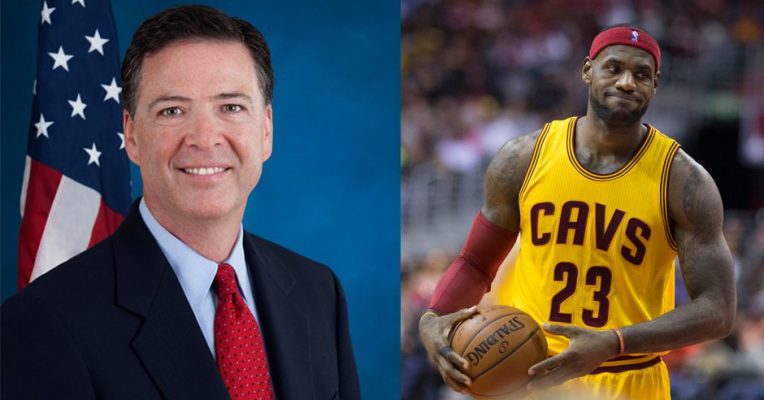 Former FBI Director James Comey is in the midst of promoting his new book and on Tuesday morning noted how the way he ran his former organization was based on how Cleveland Cavaliers forward LeBron James continually seeks to improve his game over the course of his career.

The 6-foot-8 Comey appeared on Tuesday’s edition of ABC’s “Good Morning America” and joked about how his height was one of the few direct comparisons that could be made between them. However, he soon turned more serious by indicating that James’ dedicated approach was often cited by him as a way to model his leadership:

“He illustrates what the endless pursuit of excellence looks like,” Comey said of James.

Expounding on that thought, Comey ventured into delicate territory by saying that James was “the best basketball player on the Earth today,” a comment that drew at least one dissenting comment from the assembled audience. However, that didn’t dissuade Comey.

Comey was especially impressed by the fact that James is never satisfied with his game and says he used that as a motivating tool for his staff, telling them, “We have to find parts of our game to make better.”

While Comey has faced political controversy in connection with the release of the book, some basketball fans are also likely to be upset. Still, James himself has dealt with plenty of controversies related to politics in recent years, so that’s one more connection the two have between them.