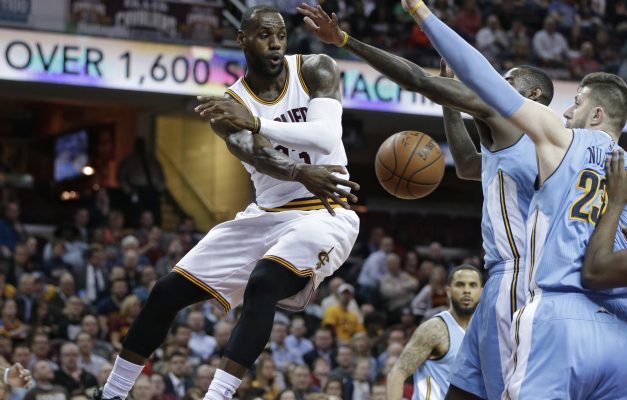 The continuing excellence of Cleveland Cavaliers forward LeBron James has shown no signs of slowing down during the first five games of the 2016-17 season. That’s led his head coach, Tyronn Lue, to indicate that the future Hall of Famer could average a triple-double if he wanted to.

Lue was asked after Thursday night’s win about the prospect of James achieving something that’s only been accomplished once before in NBA history. Lue’s response was brief but effective enough to indicate his confidence in James.

“I think he could if he wanted to,” Lue said.

That lone player to average a triple-double during the course of the season also played most of his career in the state of Ohio. Hall of Fame guard Oscar Robertson, playing for the Cincinnati Royals (now Sacramento Kings), managed to average 30.6 points, 12.5 rebounds and 11.4 assists during the 1961-62 NBA season.

Robertson has showered praise on James in the past, writing the following after the Cavaliers won the NBA title in June:

“No one has ever before seen a player quite like LeBron,” Robertson wrote. “He’s a five-tool player, fundamentally sound, and able to do practically anything on the court. As the NBA continues to evolve, I think he is the model other players ought to emulate.”

Kyrie Irving, who would be playing a large role in helping James reach that rare threshold, doesn’t discount such a possibility.

James, who annually lists his goals on his cell phone, was asked about the possibility and while acknowledging that he’s capable of meeting the challenge, he prefers a more team-oriented concept that emphasizes winning.

“It’s not on there and I never thought it would be possible again after obviously The Big O did it, but if you see the game today, you see guys like (Russell Westbrook) and what he’s doing every night and I’ve come close a few times this season,” James said. “I don’t know if it’s just more possessions or guys are just in the right place at the right time, but it’s not something that I’ve typed down (in my phone). But I’ve always told you guys I want to be a triple threat for my team every night and that’s scoring, rebounding and definitely getting my guys involved, and if it results in that then I’m fine with that.”

Still, James can work up the motivation to try for it, if needed.

The winning part is, however, and evident by the team’s 5-0 start, the best since the 1976-77 season. Right now, the 14-year veteran is averaging 22.4 points, 10.0 assists and 9.0 rebounds, with a triple-double during the Oct. 25 opener. The performance marked the first time an NBA player had done it in an opening contest since 2006, when now-Milwaukee Bucks head coach Jason Kidd collected it.