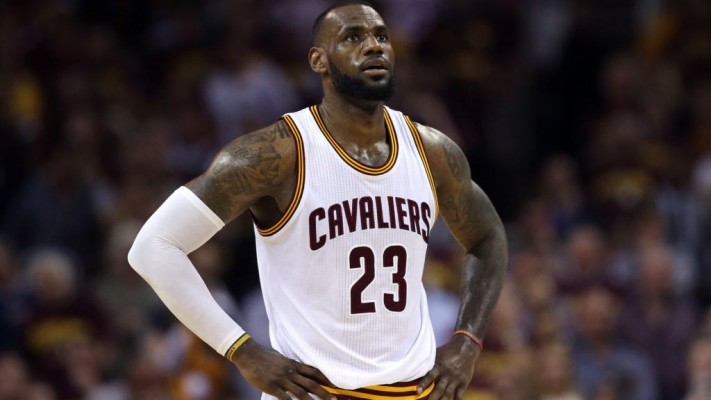 Given the absolute necessity of LeBron James staying healthy for what the Cleveland Cavaliers hope will be a long playoff run, Cavs fans should be comforted by his belief that his back is in the best shape it’s been in over the last five years.

Speaking with Chris Haynes of Cleveland.com, James compared the current state of his back with how it felt going into last year’s postseason. A knee injury on Christmas Day 2014 served as a wakeup call to take greater care in maintaining his health.

“Last year, I was bothered by the way my body was feeling,” James said. “Obviously I sat out those two weeks, sitting out the most games in one season in my career — and I’m not a guy who likes to sit out games, especially for injuries. That was definitely a turning point for me.”

The news about his back is much different from the potentially ominous news during training camp that he had received an anti-inflammatory shot. Since then, however, he hasn’t required any further shots and has indicated that his overall health is fine.

“I’ve just been putting in the work all season long and I’ve gotten better every week, every month and I feel great,” James commented. “It’s the best I’ve felt in the last five years. I just want to continue on the regimen I’ve been doing and hopefully it could go through the playoffs.”

James attributes his better health to close attention by the Cleveland medical staff, some valuable advice from health-oriented professionals and his own personal adjustments.

“It says a lot,” James continued. “Like I said, I listened to my body last year. Going into the offseason, I changed some things that I was doing in the previous years to help better my body. I listened to a few people that felt like they could help.

The fact that he’s feeling better than last year might serve as a warning for playoff opponents, given that he took on a monstrous workload and still thrived after season-ending injuries to both Kevin Love and Kyrie Irving last season. Through his efforts, the Cavaliers came within two games of an NBA title, and James was a strong contender for NBA Finals Most Valuable Player.

“I felt OK last year in the postseason and pretty good going into it,” James said. “I was able to help our team get to a place where we wanted to get to. We were not able to close the deal, but for this year, I’m looking forward to doing the same thing: leading these guys throughout the postseason and seeing what happens.”

The Cavaliers have three games left in the regular season before the postseason gets underway the weekend of April 16-17.