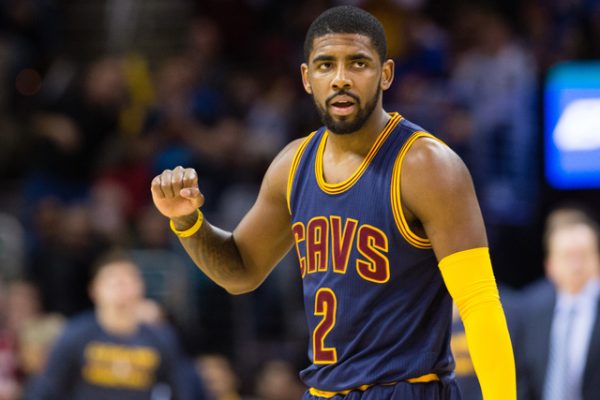 (Toronto, ON) – Kyrie Irving’s three-pointer with 44.3 seconds remaining broke a 91-all tie and helped the Cleveland Cavaliers (2-0) remain undefeated as they held off the Toronto Raptors, 94-91, at Air Canada Centre on Friday night.

Following that basket, Irving then served up strong defense on Toronto’s Kyle Lowry, though the Raptors got one final opportunity to send the game to overtime. Patrick Patterson’s three-point attempt missed with 5.9 seconds left that proved to be the game.

The three-pointer by Irving was somewhat reminiscent of his classic game-winner in Game 7 of last year’s NBA Finals. He was asked in the postgame locker room about his ability in the clutch.

“The fourth quarter has always been money time, but my teammates have trust in me,” Irving said. “You have to be ready to step up for them.”

Cleveland led for virtually the entire game, but spent most of the second half holding the Raptors at bay. A 10-point halftime lead was chopped to four one quarter later. In the final three minutes, Toronto held the lead for just 10 seconds, though they managed to tie the game on three other occasions.

With the game tied at 91, Toronto had a pair of opportunities to take the lead. However, Thompson’s rebound led to James then feeding Irving for his long-range game-winner.

“Kyrie makes big shots and LeBron makes big plays,” Lue said. “That’s the luxury we have with this team. I want to give our team credit for growth. Last year, we would have lost this game, a grind-out game when we’re not shooting the ball well, not scoring well, things aren’t going our way. We figured out a way to win.”

James spoke about his performance and the approach he took during the contest.

“I settled for a lot of jumpers tonight, just trying to get my rhythm back,” James said. “When it’s winning time, I need to be aggressive and put pressure on the defense. I was able to hit the switch.”

Love was asked afterwards about the team’s ability to stay focused on picking up the victory.

“We made plays when we needed to and we showed some poise and maturity,” Love said.

Cleveland will look to keep their perfect record when they return to action tomorrow night with a 7:30 tip-off against the Orlando Magic. Following that contest, they’ll be off until another home matchup against the Houston Rockets on Tuesday night.

“We would love to have more games like this during the regular season than the game we had on opening night,” James said. “Because it challenges us, it gets us sharp. We were tested by a very good team that we faced in the Eastern Conference Finals last year and we were able to get the job done.”